Italian superyacht manufacturer Benetti is celebrating 140 years of production this year, making it along with Chris-Craft and Rivaone of the oldest boatbuilders on the planet.

The anniversary is being celebrated by a packed calendar of events, culminating with a gathering in Portofinoin June for Benetti owners from all over the world.In that 140 years, Benetti has built nearly 300 boats, and currently has 34 in production, including an immense 90m superyacht.

The company was founded by Lorenzo Benettiin the Ligurian port of Viareggio back in 1873, then as a builder of wooden boats for local and international trade.When he died, the company passed to his sons, Gino and Emilio, who continued making trading craft but after the Second World War switched the focus of the shipyard to pleasure craft.In the 1960s, the focus of the company was shifted again, this time onto superyachts, and the yard quickly became a leader in the 30-60m segment

In 1985 the yard was acquired by Turin-based Azimut, which helped modernise Benetti’s production facilities.Nowadays, Benetti is spread over 300,000 square metres of production space in six manufacturing facilities.

Vincenzo Poerio, Benetti’s CEO, said: “Clients approach us with ideas and expectations that are a challenge and when we meet their brief and make every detail perfect with no concessions to compromise, their success becomes ours.”This level of quality and passion are the only route to our next 140 years of success.” 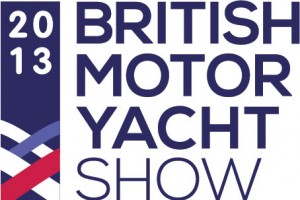 The RNLI had to rescue nearly 8,000 people from various situations in 2012. Whether it is because of the weather or freak circumstances that lead to a situation that you are unable to cope with, it is important that you have the correct safety equipment on-board. It is also vital that you check that your insurance covers you for the location that you are sailing and any activities you are planning. For example;

Categories: On the water, Rescue at sea