Yachting Boating World: Irishman Fanche Mahe stole the yacht from Saundersfoot in Pembrokeshire and attempted to sail for France because he was “sick of life”, a Welsh court heard. 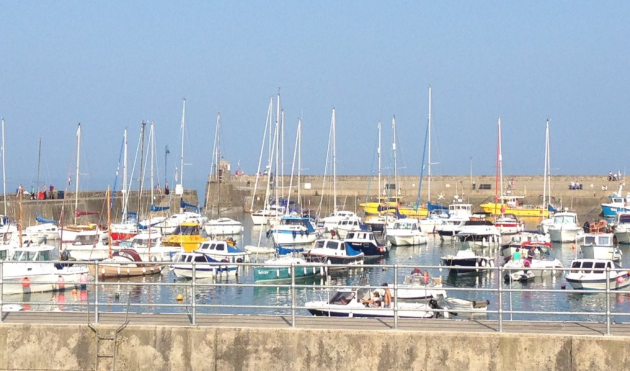 Fanche Mahe, 30, admitted he stole the yacht, Summer Lily, when he appeared before Haverfordwest magistrates on 27 June.

He only managed to sail the vessel four-and-a-half miles southeast of Saundersfoot harbour before he was intercepted by the police on board the Tenby RNLI Tamar class lifeboat.

The owner of the Summer Lily had seen his yacht’s distinctive red sail heading into the distance when he had arrived at the harbour on the morning of 26 June for a day’s sailing.

He had immediately contacted the police who had requested the assistance of the RNLI.

The 17 foot yacht was towed back to the harbour. It had sustained around £50 worth of damage.

Haverfordwest Magistrates Court heard that Mahe, of County Galway, had initially refused to cooperate with the police officers.

In interview, he told officers his motorbike has broken down and he’d decided to take a boat and go sailing.

Mahe added that he was “sick of life” and wanted to “p**s off and go sailing”.

In Mahe’s defence, the court heard that the 30-year-old had come to Wales to look for work. He had been unsuccessful and after running out of money decided to go sailing.

Magistrates fined Mahe £293 and ordered him to pay court costs of £115 plus £50 compensation to the owner of Summer Lily.

Yachting Boating World: Devon and Cornwall Police are searching for the thieves who ransacked a motorboat near Plymouth following the incident earlier this month.

Police in Devon are appealing for information after vandals ransacked a motorboat in Plymstock and stole its rare outboard engine. The thieves cut through mesh fencing at the Plymouth Marine Centre in Pomphlett Road between 5.30pm on April 7 and 7am the next day.

Related articles
Once inside, the offenders targeted a Gobbi 19 limited edition powerboat moored just outside the marina, causing extensive damage.

In a statement, Devon and Cornwall Police said: “They ripped out the seats and threw them in the sea, pulled off the boat’s transom leaving it hanging at the back of vessel and ripped out the helm box and cabling.

“The thieves then escaped with a Yamaha 1998 offshore exhaust power shorts outboard engine, valued at £3,000 and just one of two in the country.”

Officers investigating the crime are appealing for witnesses to the theft and are asking anyone who has information to call Devon and Cornwall Police on 101, quoting crime reference CR/23546/15.
See article at Yachting Boating World – Click here

A barge anchor weighing 400kg has been stolen from a yacht club’s compound in Barmouth, north Wales.

Local police believe the thieves would have required heavy lifting gear in order to make off with the large anchor.

Authorities suspect that the object was stolen sometime since the beginning of March.

Investigating officer PCSO Paul Duggan told the BBC: “Clearly the anchor is very heavy and would have required heavy lifting gear, a vehicle and a fair amount of time to take from the compound.

“Any vehicles used will have been parked in the adjacent harbour public car park and alongside the 10ft high boundary fence and so I’m hopeful someone will have witnessed the act.”

This isn’t the first time an incident of this kind has occurred, with a 4.5 tonne anchor being stolen from a sunken cargo ship off the Gower coast in 2012.