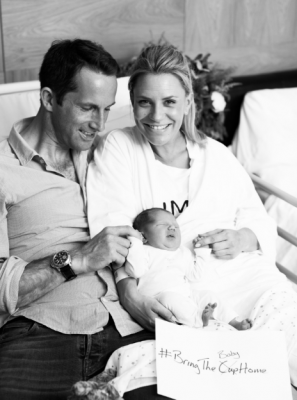 The National Maritime Museum Cornwall has announced that Sir Ben Ainslie is to become their new Patron.

The Maritime Museum in Falmouth has been home to Sir Ben’s Olympic gold medal winning boats since 2004, when they first took custody of his Laser dinghy, which he sailed to victory at the Sydney Olympics in 2000.

Since then Sir Ben has famously gone on to win three further golds in the Finn heavyweight dinghy class, at Athens 2004, Beijing 2008 and London 2012.

The museum proudly displays the Finn, named Rita, in their main hall where visitors can get up close to this iconic piece of British Olympic sailing history.

Maritime Museum Director Jonathan Griffin said: ‘Ben has been a great supporter of the museum for the past 10 years and we are honoured that he has agreed to come on board as our Patron.

‘Having a figure of Sir Ben Ainslie’s stature as our Patron will be of huge benefit as we continue with our campaign to raise £4m over the next decade and secure our future ambitions for the museum.’

Sir Ben said: ‘Like me, the museum has a passion for boats and sailing in all its forms and I am delighted to have been asked to become their new patron.

‘They have been a supporter of mine for many years and I admire their commitment to celebrating the sea boat and Cornwall.

‘I am happy to support their continued work and, who knows, perhaps we can inspire the next generation of Olympic sailing champions.’
Read more: Click here

Held at ExCeL, London, the event saw Island Sailing Club Commodore John Dudley announce that the title sponsorship of the Round the Island (RTI) Race will continue to reside with J.P. Morgan Asset Management for a further two-year period up to and including 2016.

The announcement took place at stand G280, which exhibits the very boat which broke the Race Multihull record last year.

In addition to the race sponsorship continuation, J.P. Morgan announced their commitment to the sport of sailing by title sponsoring Sir Ben and his team BAR in the Extreme Sailing Series 2014.

The first race of the global series will be held in Singapore. The BAR team will include Olympic gold medallist Laser sailor Paul Goodison as tactician and on the main sheet, and Matt ‘Catflap’ Cornwall as bowman.

Sir Ben admitted that trying to break the RTI multihull record on 21 June would be a tough challenge and said that he was waiting to see the forecast before he decided which boat to use on the day – the AC45 or the smaller Extreme Sailing Series multihull.

He thanked the public saying: ‘We really do appreciate all the support. It was amazing to come back from the America’s Cup and see how many people had watched and supported it.’

Sir Ben said a British America’s Cup win was a part of maritime history that was missing. He said: ‘The America’s Cup started here in 1851 around the Isle of Wight, the American’s won it and we haven’t seen the cup back here since – it’s about time we turned that around.’

He added: ‘There’s a lot of passion for sailing in the UK, and a lot of talent in terms of British sailing designers, sailors and engineers. We’ve got the expertise, it’s about pulling the right people together to create a winning team.’

At 3pm, Princess Anne will be officially naming the Drascombe Longboat ‘Penny Wake’ and at 3.35pm she will present the Royal Yachting Association (RYA) Yachtsmaster of the Year award.

The London Boat Show, which celebrates its 60th anniversary this year, runs until Sunday, 12 January. Find out more at www.londonboatshow.com

Visitors are expected to flock to the J.P. Morgan BAR AC45 stand at 11.30am (stand number G28O) to quiz the sailing legend at a question and answer session.

Sir Ben and Paul Goodison are later expected to attend the Andrew Simpson Sailing Foundation stand at 4pm, to promote the work of the charity established in memory of their good friend Andrew ‘Bart’ Simpson, who tragically died last year while training for the 34th America’s Cup.

A Royal VIP visitor is also expected to attend on what looks set to be the busiest day of the Diamond Jubliee anniversary show.

Moss the Springer Spaniel was among the sniffer dogs out in force today as security preparations stepped up a gear ahead of tomorrow’s big event.
Although attendance has been moderate so far, organisers are preparing for a record-breaking mid-week turnout, which they hope will bolster visitor numbers for the rest of the week.

A show spokesman said: ‘Advance ticket sales are up 4% on last year’s figures. At the moment Wednesday is the most popular day.’

The show so far

Waterside Properties director Nick Byrne said while today’s visitor numbers had been quieter than expected, they had enjoyed a positive start to the 2014 event.

He said: ‘We had the best opening day to a London Boat Show that Waterside Properties has experienced for four or five years, in terms of the number of people and most importantly the quality of the enquiries.

‘Sunday and Monday continued to be busy with quality enquiries, then today was much quieter.’

Staff at Ocean Safety Ltd also reported a successful show so far, with their liferaft demonstration in The Watersports Pool on the opening weekend attracting a couple of hundred spectators.

He said: ‘Because everything is so electronic these days we’ve had a number of people asking us about basic navigation stuff, there’s a lot of interest in being able to fall back on celestial navigation.’

The London Boat Show 2014, began on Saturday and is scheduled to run until Sunday 12 January.

Book tickets and find out more at www.londonboatshow.com