Motorboat & Yachting: The Señora Trust has raised £20,000 to restore this classic motor-sailer, which will take pride of place at the 2018 Sunderland Tall Ships Festival. 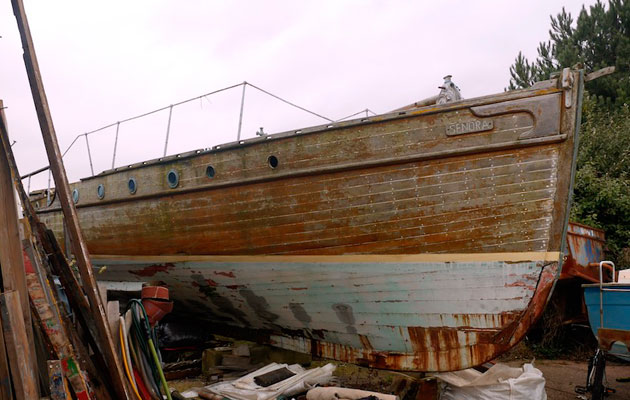 A 107-year-old motor-sailer will be undergoing an extensive restoration over the next three years, after the necessary funds were raised to set up a new boatbuilding college in Sunderland.

Señora is a 50ft Alfred Mylne ketch motor-sailer design that was built on the Isle of Bute by Archibald Malcolm in 1908. Her original Gardner paraffin engine has been replaced by a Chrysler Diesel engine, giving a top speed of 14 knots and earning her the nickname ‘the E-Type Jag of the Western Isles’.

Former owners include the chairman of P&O, a wealthy Scottish industrialist and a racing driver. Señora was also requisitioned by the Amiralty during both World Wars and took part in the Dunkirk evacuation.

However, she has since fallen into a state of disrepair on the South Coast and her larch and oak hull was due to be broken up for scrap until The Señora Trust intervened.

Kim Simpson from The Señora Trust said: “We have been delighted by the public response to Señora’s plight. Now that we have purchased her for Sunderland, she will become ‘The People’s Yacht’, creating training and jobs. And when she is restored to her former glory, she’ll give hundreds of people every year the chance to enjoy sailing for themselves.”

The first year’s work will be carried out by a team of 24 local students undertaking NVQ level 3 City & Guilds qualifications in boat building, carpentry and engineering. They will be supervised by a master boatbuilder and project manager, hired by The Señora Trust to work on this historic motor-sailer.

However, the grand total needed to complete this mammoth job is £270,000, a target that the Trust hopes to hit in time for her planned unveiling at the 2018 Sunderland Tall Ships Festival.

Motorboat & Yachting: One of the five men accused of defrauding Princess Yachts has pleaded guilty during a hearing at Plymouth Crown Court yesterday. 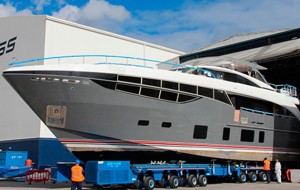 A former Princess Yachts employee has pleaded guilty to two charges of conspiring to fraud, Plymouth Crown Court heard yesterday (June 18). Roger Truen, 49, of Plymstock lodged his plea to Judge Paul Darlow and will be sentenced before the end of the year, the Plymouth Herald reports.

His four alleged co-conspirators, Glyn Thompson, Michael Honey, Steven Haly and John Tinley have all pleaded not guilty during the court hearing.

Judge Darlow moved to dismiss the case against Mr Haly, but the three remaining men will be tried in November. All five men were given unconditional bail.

The case relates to the men using Construction Solutions South West Ltd as a means to defraud Princess Yachts International by inflating invoices for goods and services undertaken by third-party companies.

The alleged fraud offences, which police have described as “substantial”, took place over a 16-month period between April 1 2012 and August 31 2013, the court heard.

Princess Yachts International is based in Plymouth and builds luxury motor boats measuring between 39ft and 131ft.

Motorboat & Yachting: The craze for stand-up paddleboarding is set to sweep this year’s Cannes Yachting Festival in the form of a 100km all-night race. 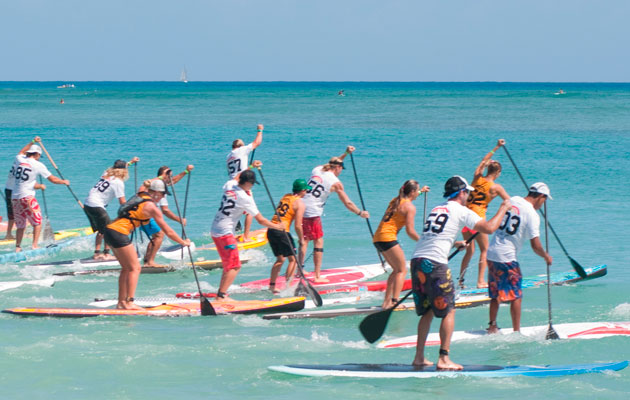 With everything from superyachts to supermodels in attendance, the Cannes Yachting Festival is not the kind of boat show that does things by halves. So when the organisers decided to stage a stand-up paddleboard race, they weren’t content with a leisurely paddle across the bay.

That all sounds a bit vague, so let’s narrow in on some of the specifics: the total distance is 100km with competitors completing laps of a course taking in Croisette and the Vieux Port. Both relay teams and solo competitors will set off at 1900 on Friday September 11, with the fastest paddleboarders expected to cross the finish line at 1000 on the following morning.

An awards ceremony will take place on the beach at 1130 (assuming these poor souls are still standing at that point!). If this gruelling ordeal seems like your idea of fun, then registration costs €75 (£54) for individuals or €150 for teams.

The 2015 Cannes Yachting Festival takes place from September 8-13 and ticket prices start at €15 per person or €28 per couple. More than 80 brand new boats will be making their world premiere at the show, and we recently picked out a dozen of the most exciting arrivals.