Motorboat & Yachting: Dutch firm Neptune Marine has announced that it will be launching its new flagship model the Elling E6 in May 2016. 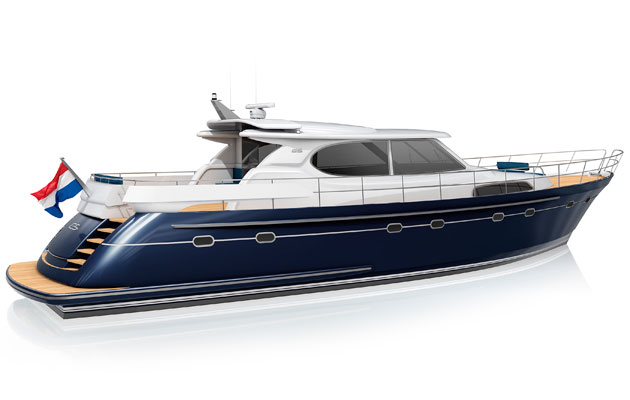 The first renders of the Elling E6 have been revealed, with parent company Neptune Marine due to launch this 65ft cruiser in May of next year.

Building on the success of the Elling E3 and Elling E4 designs, which have spawned hundreds of hulls over the past 17 years, the E6 will be the largest model in the range by nearly 20ft.

Like its smaller siblings, the Elling E6 will feature a re-inforced Kevlar hull that is self-righting and Category A rated, meaning it is a serious ocean-going vessel.

Seating for four will be provided alongside the twin helm station, while the lower saloon will offer enough space for eight to enjoy a meal.

Overnight accommodation comes in the form of a full-beam owner’s cabin, forward VIP double and starboard guest cabin, as well as a crew cabin in the transom.

Three heads compartments mean there won’t be any squabbling over the first shower in the morning.