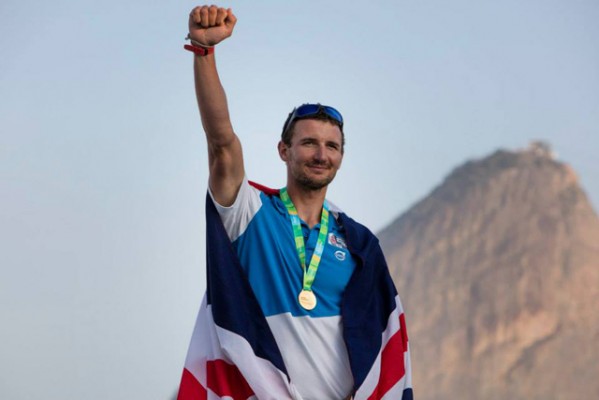 If follows the announcement of Paralymic sailor Helena Lucas being named as the first British athlete to be chosen for Rio, when she was selected for ParalympicsGB in April.

A total of eight athletes have been selected across six of the 10 Olympic sailing events.

World Champion Giles Scott’s is the first name to appear on the Rio teamsheet, with the 28-year-old, unbeaten in almost two years, set to make his Olympic debut in the Finn class.

London 2012 silver medallists Hannah Mills and Saskia Clark are paired together again in the 470 Women’s class while Luke Patience, who also won silver three years ago, teams up with two-time World Champion Elliot Willis in the 470 Men’s event.

Bryony Shaw, who became Britain’s first female Olympic medal-winning windsurfer with bronze at Beijing 2008, is set to contest her third Olympic Games next year in the RS:X Women’s event.

London 2012 Olympian Alison Young returns in the Laser Radial while 2015 Laser World Champion Nick Thompson earns his first Olympic appearance to round off the first wave of sailing selections for Rio.

British sailors have established a proud tradition of excellence in Olympic competition, having won 55 medals – including 26 golds – since sailing made its debut at Paris 1900 with Team GB topping the overall Olympic sailing medal table.

The selected sailors are:

Mark England, Team GB’s Chef de Mission for Rio 2016, said: ‘The selection of the first Team GB athletes is a landmark moment on our journey to next year’s Olympic Games in Rio de Janeiro.

‘The eight athletes named today include Olympic medallists and World Champions, all of whom have earned their place in the 6 boat classes. As one of our most successful medal winning sports it is a fitting that Sailing kick-off our Rio 2016 team announcements.

‘This is the start of the creation of what is likely to be a 350 strong Team GB in 2016. Our focus is on great preparation, great support and great performance and, if we get that right, we will have delivered an environment that will allow the athletes to perform to the best of their ability.’

Team GB is calling on the nation to Bring on the Great in the run-up to Rio 2016 – and at the Games themselves – as our athletes gets ready to compete at the world’s greatest sports event.

Fans can show their support by sending in their good luck messages on TeamGB.com and joining the new Team GB Club. These messages will be displayed on flags which will be given to the athletes travelling to Rio as well as featuring on Bahia Bands, a traditional Brazilian good luck bracelet, which fans will be able to buy later this year.