Motorboat & Yachting: High-speed powerboat specialist Vector has unveiled its latest model, the V40S, which is capable of more than 100mph even when driven remotely. 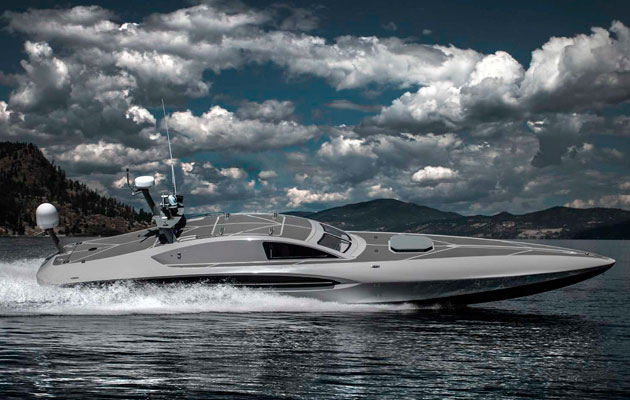 Vector Performance Marine has unveiled a new addition to its range of high-speed powerboats in the form of the Vector V40S.

As you may have guessed from the no-nonsense monochrome styling, this new arrival is designed to be a commercial interceptor, suitable for marine surveillance, patrol and anti-piracy operations.

Claimed to be the fastest of its kind, the Vector V40S is capable of top speeds in excess of 100mph, with a four-man crew and one-tonne payload.

Even more impressive is that this top speed can be achieved with no-one on board at all, as Vector has created the highest power/weight ratio of any unmanned boat ever built.

Available with both diesel and petrol engine configurations, the Vector V40S is available for commercial orders now, but the price is being kept strictly under wraps.

Founded in 2012 by media entrepreneur Mal Crease and powerboat world record holder Peter Dredge, Vector is best known for its racing tie-ups with Martini, which have resulted in back-to-back victories in the annual Cowes-Torquay Classic.