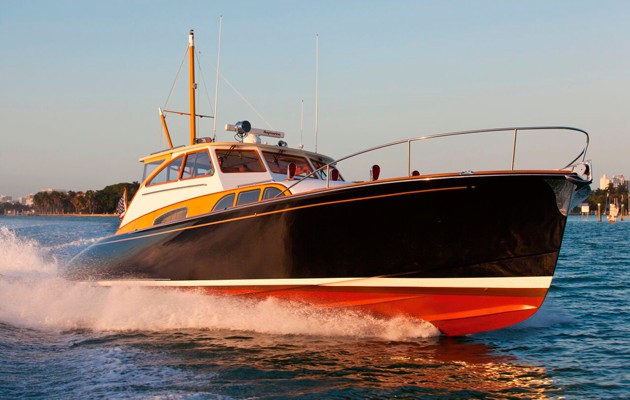 Billy Joel has teamed up with Zurn Yacht Design to create a new 57ft motorboat, which was unveiled at the Fort Lauderdale International Boat Show earlier this month.

Vendetta is a 57ft commuter yacht, which the Grammy award-winning singer designed to get him from his Long Island estate to the centre of New York City.

A modified V-hull and twin 1,300hp MAN diesel engines mean it is capable of an impressive top speed of 47 knots, despite weighing in at more than 18 tonnes.

Key features include seating space for six in the 1920s-style saloon and an open layout below decks, which includes a galley, settee and heads compartment up in the bows.

Billy Joel has a strong track record with designing motor yachts – his previous launch, a 38ft Zurn runabout, has been reproduced more than 50 times in the past ten years.