Motorboat & Yachting: With less than 24 hours to go until the London Boat Show opens, Sunseeker has given an insight into the logistics of getting its 131 Yacht in place. 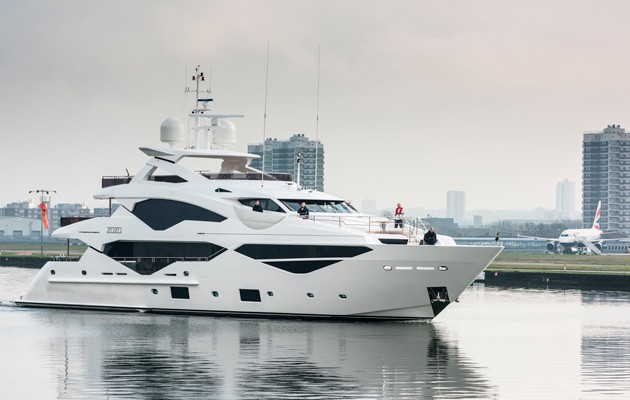 Bringing large motor yachts to the Excel Centre for the London Boat Show is no walk in the park and this year Sunseeker set themselves a mammoth challenge.

The Sunseeker 131 Yacht will be the largest model ever launched in London when it is unveiled tomorrow at the Excel Centre and the logistics of getting it in place have been considerable.

Sunseeker has revealed that it needed London City Airport to temporarily close a runway while their team manoeuvred the tri-deck yacht through King George V lock and onto its berth at the nearby Excel Centre.

And they would do well to keep the airport onside, as plans are in place to fly in potential buyers on an Airbus H135 helicopter for private viewings of the 131 Yacht.

Sean Robertson, sales director at Sunseeker International, said: “I am delighted we are launching this special new yacht, the first – and largest – of four new Sunseeker models set to debut in 2016.”

He added that five orders for the 131 Yacht have already been placed by clients based all over the world. The Sunseeker 131 Yacht will be on display at the London Excel Centre from 8-17 January and tickets are available online now, with prices starting from £10 per adult.

In other Sunseeker news, the firm has announced that it will be expanding its latest recruitment drive to offer 225 new jobs.

Phil Popham, CEO of Sunseeker, said: “We are pleased to announce these recruitment plans which give a clear signal of the positive times ahead at Sunseeker. Our forward order book for 2016 and beyond is looking very strong, currently up 55% over the same period last year.

“Expanding our highly skilled workforce is a key part of our planned investment, and with the introduction of a number of new boat lines in 2016 we are able to recruit 225 new skilled staff to support future growth.

“This recruitment drive is underway and will conclude in the first half of the year, bringing our total employee number to around 2,150.”

The announcement comes on the back of the news that rival firm Princess Yachts will be shedding up to 350 staff in a major restructure of its Plymouth headquarters.

Motorboat & Yachting: The much-awaited Sheerline 1090HT will finally get its public debut at this week’s London Boat Show, with a smart, modern interior. 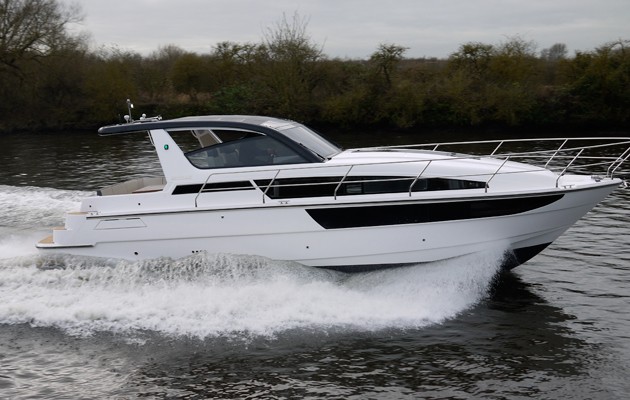 Sheerline Motor Cruisers will be looking to turn heads at this month’s London Boat Show, as the Norfolk yachtmaker unveils its brand new model – the Sheerline 1090HT.

The new arrival boasts a much sportier exterior than you might expect from a Sheerline, complete with electric sunroof.

The updating continues on the inside, with the Sheerline 1090HT getting an island berth master cabin, which can be converted into a scissor twin berth.

Power comes from a single 300hp Volvo Penta D4, which means this 37ft semi-displacement hull will be just as comfortable tackling coastal waters as cruising serenely along the inland waterways.

Key features include bowthruster, Dek-King cockpit flooring, two-burner hob and Avonite work surfaces in the galley, and a cockpit fridge – ideal for entertaining in the evenings.

Prices start from £224,000 and the first production models should be ready for delivery in November.

Motorboat & Yachting: Fairline Boats could survive in the UK, after an offer to buy the insolvent boatbuilder is accepted by the administrators. 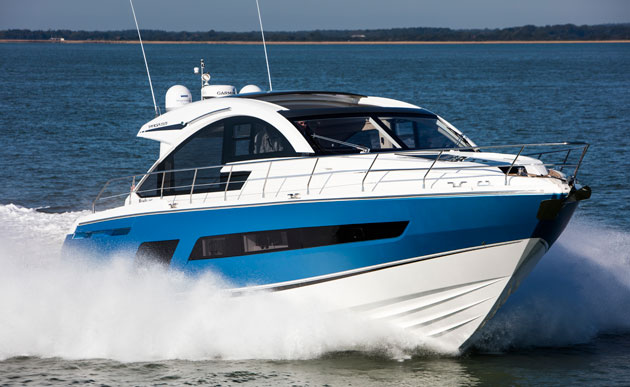 Hopes for a Fairline Boats buyout have risen, after it emerged that a credible offer to buy the insolvent yard has been provisionally accepted.

Fairline passed into administration last month with more than 300 jobs lost, but administrators FRP Advisory insisted that the business was initially being marketed for sale as a going concern rather than entering into liquidation.

We understand those efforts have since attracted at least two serious offers, one of which would see production remain in the UK. It is this offer that is thought to have been accepted, although no formal deal has yet been signed.

Both parties will need to go through the usual due diligence checks before finalising the terms of the deal. The original deadline for any offers was 15 January and it is hoped that a deal may be in place by then.

If it does go ahead it is likely to be a much smaller, leaner business building fewer models to order from a single UK site rather than a large scale resumption of the previous production boat building business.

However, this is still deemed to be a better bet for Fairline’s existing creditors, many of whom were also suppliers, than rival offers which may have been looking to move the business abroad.

It is not yet known how many of the 69 staff that have been kept on to finish the last models on the production line will be retained in the long run.

The news comes too late for the London Boat Show, which will be without a Fairline Boats stand for the first time in many years, but Fairline dealer Bates Wharf told MBY that it hopes to relaunch the brand at the British Motor Yacht Show in May.