Motorboat & Yachting: The world’s largest superyacht will now be able to moor up in Porto Montenegro after the Adriatic marina expanded its offering. 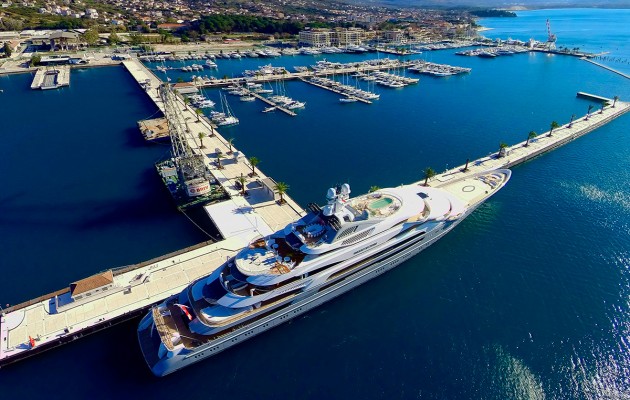 The new berth will be capable of mooring vessels measuring up to 250m, the gargantuan mooring is even larger han the world’s largest superyacht Azzam, which is 180m from prow to transom.

However, with several 200m+ superyacht concepts released over the past few years, Porto Montenegro is anticipating more future demands for mooring even larger vessels.

The new berth dwarfs many other Mediterranean offerings, such as the 135m berth at Grand Harbour Marina in Malta and the 190m mooring at One Ocean Port Vell in Barcelona.

Porto Montenegro has a grand total of 450 berths, as well as 55 retail units and 228 apartments as part of its shoreside development.

Montenegro might not be the first destination that comes to mind when you think of superyacht hotspots, that may be about to change with several recent accolades including the 2015 THYA Superyacht Marina of the Year.