Motorboat & Yachting: Toyota, the world’s largest car manufacturer has revealed plans for the upcoming Toyota 28, including a composite aluminium/fibreglass hull. 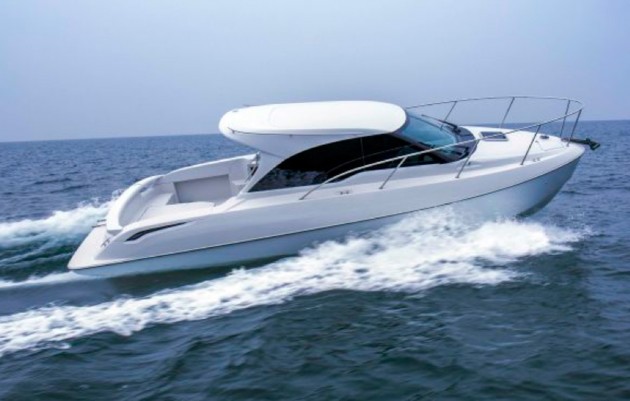 Toyota is best known in the world for building affordable and reliable cars, but in Japan the company also has a strong foothold in the marine industry, one it hopes to reinforce with the launch of the Toyota 28.

At the Japan International Boat Show (March 4-6), their 26ft sportscruiser model was revealed as the first to be built under Toyota’s new partnership with Yanmar.

The Toyota brand is currently used on a range of aluminium-hulled boats, but the Toyota 28 will be the first to feature a composite aluminium/fibreglass construction.

Toyota claims that this new method will use vacuum infusion for the moulding, with aluminium stringers attached to a fibreglass hull with a foam core resulting in 10% lighter than its previous aluminium hulls and seven times more rigid than using fibreglass alone.