Yachting Boating World: Punty McPuntface? The Conservators of the River Cam are inviting suggestions to name their new patrol boat which will tackle illegal boaters and punts, as well as the odd unruly swan. 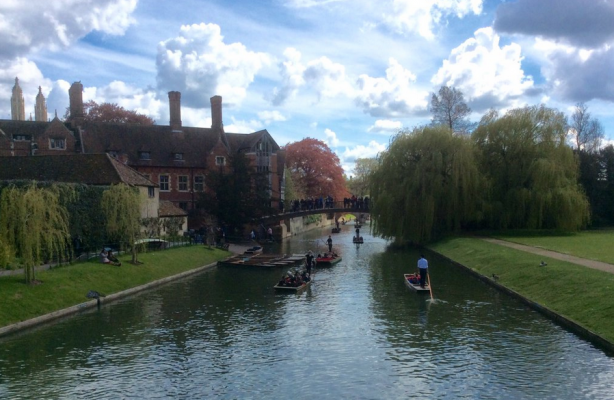 The public are being invited to suggest names for the new patrol boat for the River Cam.

However, keen to avoid a similar debacle as Boaty McBoatface, the River Cam Conservancy is making it clear that its board will make the final decision.

There was a public outcry when the Science Minister, Jo Johnson announced last week that the Natural Environment Research Council’s (NERC) new polar research ship would be named the RRS Sir David Attenborough. This was despite the public overwhelmingly voting to name it Boaty McBoatface.

The manager of the River Cam, Jed Ramsay said: “People can tweet or send in their suggestions via our website. The board will make the final decision.”

Armed with a £10,000 budget, Ramsay is currently shopping for a second hand patrol boat.

Once purchased, it will be used to give the river’s management a more visible presence on the waterway.

Ramsay said the police are also keen to do joint patrols. “We need it to help us check boat licenses, to monitor the speeds of boats and to help us out at events; we have around 50 to 60 a year,” he explained.

Some of the biggest events on the River Cam’s calendar are the Bumps.

This is a series of rowing races in which a number of boats chase each other in single file. Each crew attempts to catch and “bump” the boat in front without being caught by the boat behind.

Ramsay said the new patrol boat could potentially help them out with a sensitive issue during the races.

“The major rowing events like The Bumps happen during June and July when the swans have just hatched and are young. There is a risk of a young swan getting clattered by an oar, and no-one wants to see a dead swan at a race. It is a question of how you manage that. Potentially, we could try and keep the swans off the river during races by using the boat to herd them off into a cut,” said Ramsay.

The river manager said the patrol boat will also be used to help staff with tree trimming and clearing debris and rubbish, as well as dealing with abandoned boats.

Ramsay said there is also an ongoing issue with commercial punting.

“There are around 20 punts that don’t have a licence which they can’t have because they don’t have an operating base. We can prosecute them, but its a small fine,” he explained.

The long term plan is to update the river’s by-laws. This could allow the Conservancy to seize unlicensed craft.

Last month, it was announced that the Conservancy was looking at installing cameras along the river to assist boaters and rowers in navigation. The cameras would also allow an international audience to spectate at boat races such as The Bumps.