Practical Boat Owner: A single-handed French sailor was rescued six miles off the Wicklow coast after making a distress call. 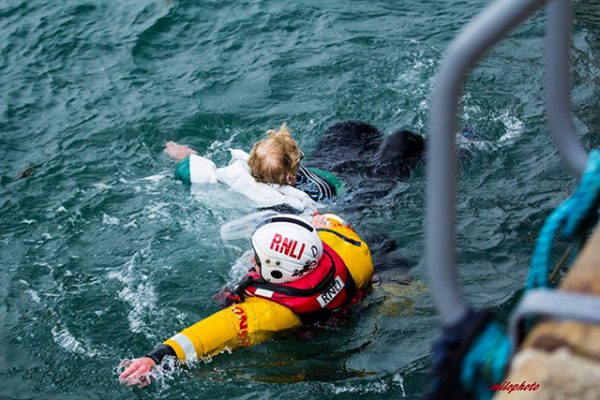 The solo skipper was on passage from France to Norway, when his yacht’s twin rudder suffered damaged and he was unable to steer the vessel.

The lifeboat was alongside the casualty thirty minutes after launching. Rescue 116, the Coast Guard helicopter was also tasked to the incident. The helicopter remained overhead while lifeboat volunteer Ciaran Doyle was transferred onto the yacht, to assist the sailor with hauling an anchor and preparing a towline.

Weather conditions at the time were sea state rough with southerly wind force 5/6. Visibility was good.

With a towline established the ten metre yacht was taken back to Wicklow harbour. Due to the conditions at the time, the journey took more than 90 minutes as the line parted on three occasions.

The yacht was safely alongside the south quay by 5pm.Wicklow RNLI Lifeboat spokesman Tommy Dover said. ‘Our Coxswain Nick Keogh displayed great boat handling skills this afternoon in challenging conditions, while safely transferring a crewmember onto the yacht to assist the lone sailor.’

This was the second callout over the weekend. On Saturday morning during the Round Ireland Yacht Race, Wicklow RNLI Helm Vinnie Mulvihill was busy preparing the inshore lifeboat for exercise. He heard a person on the East pier shouting that someone was in the water.

Quick thinking Vinnie left the boat and entered the water to assist the women after she slipped and fell in while going ashore from a moored boat.

Vinnie brought the women alongside a nearby boat and with the help of the occupants; she was taken out of the water. The woman was brought to the lifeboat station and assessed by first aider Carol Flahive.

No further medical assistance was required. She left the station none the worse from her ordeal after a cup of tea and changing into dry clothes.