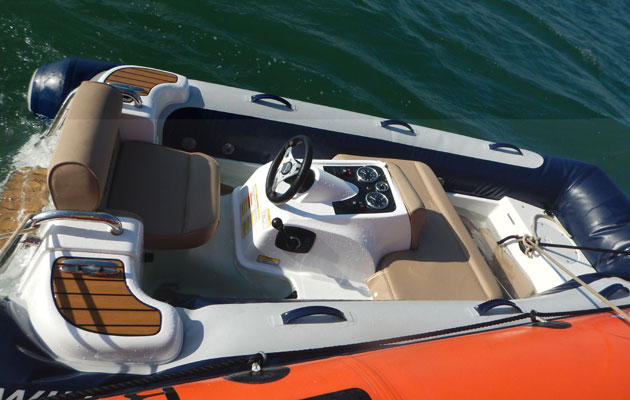 22 June
A Hampshire businessman has pleaded not guilty to unlawfully killing his friend, Ryan Scott McKinlay during a boating incident.

McKinlay died on 19 June, 2015 during a boating incident in Osborne Bay, Isle of Wight. The 36-year-old businessman lived in Gosport and left behind a wife and a son.

Brown was granted unconditional bail and the case was adjourned for trial on 10 October.

25 May
A Hampshire businessman has appeared in court charged with the unlawful killing of Ryan Scott McKinlay. The 36-year-old died during a boat accident in Osborne Bay, Isle of Wight last year.

He is charged with unlawfully killing Ryan Scott McKinlay on 19 June, 2015, contrary to Common Law. McKinlay, who was from Gosport, left behind a wife and son.

Brown’s case was committed to Winchester Crown Court for trial on 20 June.

24 June, 2015
A 30-year-old man from Southampton has been interviewed under caution by police after a man died following the Osborne Bay collision on June 19.

Hampshire Police questioned the man on suspicion of involuntary manslaughter after the incident between a RIB and a larger motorboat killed Ryan McKinlay on Friday.

The 36-year-old from Gosport was travelling on a small tender when a collision occurred with the yacht that had been carrying the RIB earlier the same day.

Mr McKinlay was seriously injured as a result of the incident and was airlifted to hospital before being pronounced dead later in the evening.

It is believed that there were originally a dozen or so people aboard the motorboat, with the majority being taken ashore by the Cowes and Gosport lifeboats.

Local rescue crews towed the RIB from the scene into Cowes, with the larger motorboat being escorted by a police launch.

In a statement, Hampshire Police said: “The man was not arrested. He is not on bail but may be interviewed pending ongoing enquiries.

“Officers from Hampshire’s Constabulary’s Major Crime team are now leading the investigation into the death of 36-year-old Ryan Scott McKinlay from Gosport.

“Detectives would like to thank all partner agencies and members of the public for their ongoing co-operation and assistance with this investigation.”

A Home Office post-mortem examination was due to be held on Tuesday afternoon, with the results not yet having been released.