Yachting Boating World: The marine industry gives its assessment following the decision by the voting public to leave the European Union (EU). 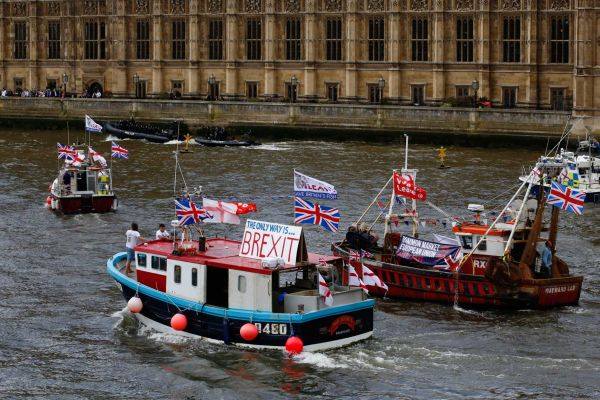 It is too early to tell what impact the decision to leave the European Union will have on the marine industry.

What is clear is that there will be no immediate change to trading arrangements or legislation, or to free movement within the EU.

British Marine, which represents the leisure, superyacht and small commercial marine industry, has always remained neutral on the decision to leave or remain as part of the EU.

The organisation has more than 1,600 different members including Princess Yachts, Berthon and Pendennis Shipyard in Falmouth.

In a statement, the organisation said: “The result of the referendum has shown that the majority of the British public who voted wish to leave and during the forthcoming transition period, British Marine will inform and advise all its members and represent the interests of the industry to Government.”

It continues: “It is important for members to note that there will not be a change to legislation or trading arrangements for at least two years whilst the Government negotiates the withdrawal agreement with the EU.”

“British Marine will continue to ensure our members are informed about the implications for their businesses and will do so in representing industry concerns to Government throughout this transitional period,” the statement concludes.

In April, Superyacht UK, which represents the interests of the industry both at home and internationally,  announced growth in the sector.

Meanwhile, the Royal Yachting Association (RYA) has said it will continue to lobby European institutions to ensure minimum regulatory interference for boaters.

In a statement following the referendum on 23 June, it said the process to leave the EU will take time.

“The EU treaties will cease to apply to the UK from the date of entry into force of the agreement, or within two years of the notification of the withdrawal. The (European) Council may also decide to extend that period,” said the statement.

“Until such time, in terms of the advice regarding boating abroad on the RYA website, UK residents remain EU residents, the UK remains in the EU for VAT, Customs and Excise purposes and there should be little noticeable difference when sailing between the UK and other EU countries.”