Yachting Boating World: The authorities in Queensland have announced that they have identified the ship that spilled tonnes of oil on the Great Barrier Reef. 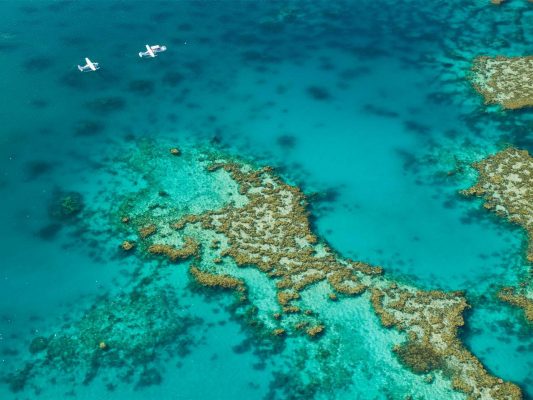 It has taken them a year, but Queensland investigators say they have finally identified the foreign ship which was responsible for an oil spill on the Great Barrier Reef.

Up to 15 tonnes of oil were spilled in the waters off Cape Upstart in July 2015.

It subsequently washed up on the shores of mainland beaches and islands north of Townsville. The clean up took weeks and cost $1.5 million.

The authorities identified 17 ships which were in the area at the time of the incident.

Many of them were on international voyages. All of them denied responsibility.

So, a major joint-agency investigation was launched. It included the Maritime Safety Queensland and Great Barrier Reef Marine Park Authority.

Now after a year, the Ports Minister, Mark Bailey has announced that the authorities know which ship is the culprit.

“It was a difficult investigation, as the ship believed to be responsible is foreign registered with a crew of foreign nationals,” Bailey told the Brisbane Times.

“This is an extremely complex legal process involving both Australian and international maritime law and we don’t want to jeopardise the case by identifying the suspect vessel while the evidence is being fully considered,” he continued.

The minister said the government has vowed to “relentlessly pursue anyone wilfully or negligently polluting our coastal waters, especially the Great Barrier Reef Marine Park area.”

He added that the investigation demonstrated the government’s “resolve” on this matter.

“We will ensure Queenslanders are not out of pocket for this incident and will seek full cost recovery through the Australian Maritime Safety Authority either out of the offending ship’s insurance or from a National Plan fund set aside for these occurrences,” announced Bailey.

All the evidence has now been passed to the Commonwealth Director of Public Prosecutions.

If there is a prosecution, the operators of the overseas-registered, foreign-crewed ship could face state and federal fines of up to $17m.