Practical Boat Owner: The national newspaper of St Vincent is reporting that the Department of Public Prosecution Hamburg and the Homicide Commission have taken over the investigation into the murder of Martin Griff. 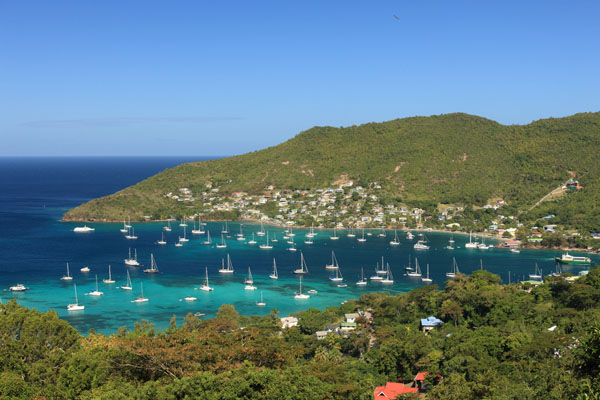 Martin Griff was murdered by two masked gunmen when they boarded a yacht in the bay of Wallilabou in St. Vincent, Caribbean.

The 49-year-old German national, who was on holiday with his family, died of gunshot wounds to the neck in March 2016.

He was sleeping on deck when he was attacked. The captain of the yacht, Reinhold Zeller, was also injured during the ordeal. He received hospital treatment for a gunshot wound to the arm.

A total of 10 Germans were onboard the yacht when the incident happened during the early hours of 4 March 2016. Money and credit cards were also stolen.

The national newspaper of St Vincent, The Vincencian is now reporting that the investigation into the murder of Griff has been taken over by the German authorities.

It says that the Department of Public Prosecution Hamburg and the Homicide Commission have taken over the investigation in Germany.

The German authorities are also appealing for any witnesses to come forward.

They would like to hear from anyone who has photos of the bay of Wallilabou, St. Vincent, the coastal area or the wooden local boats and their users.

At the time of the murder, the Prime Minister of St Vincent and the Grenadines, Dr Ralph Gonsalves described the crime as a “terrible stain” on the the Caribbean island.

“Our people are not like this in the general way, but you have one or two persons, we have some home-grown criminals and some who come in from overseas who are selfishly and wickedly disturbing the peace and tranquillity of our country, and, in this case, using violence,” he said.

“This is a terrible, terrible stain on our country and this criminal act by these two masked intruders disturbing the tranquillity of persons on the yachts, it cost millions of dollars, because we sell peace, security, tranquillity,” Gonsalves added.

The bay of Wallilabou is a popular anchorage, and was part of the set for the Pirates of the Caribbean film, Curse of the Black Pearl.