Yachting Boating World: Two crew died after the wheelhouse of the Viking Freya hit a bridge in the city of Erlangen, Germany in the early hours of 11 September. 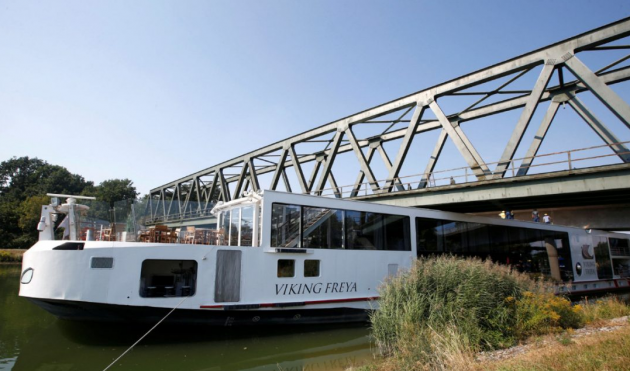 The vessel is fitted with a retractable wheelhouse. The police and representatives from the boat’s owner, Viking River Cruises, are now investigating the accident.

A police spokesman is reported as saying that the retractable wheelhouse may not have been lowered in time.


The Viking Freya was leaving Erlangen along the Main-Danube Canal when the accident happened.

It was on its way to the Hungarian capital, Budapest. Around 230 people are reported to have been on board. The wheelhouse was crushed in the impact with the bridge.

The two crew members killed were a 33-year-old sailor and a 49-year-old who was helming. No-one else was injured in the incident.

In a statement, Viking River Cruises said the families of the two men were in their “thoughts and prayers”.

“Viking Freya’s wheelhouse collided with the bridge in Erlangen.

“Two crew members of the ship were in the wheelhouse and died as a result of injuries sustained during the collision.

“No other crew members or guests were injured, and all guests have been transported to local hotels.

“We are heartbroken, and company executives are on the scene to work closely with local authorities to understand the details of the accident. Viking Freya had embarked on its September 10 sailing and will now be moved for repairs.

“Guests on this sailing may continue on their journey with a modified itinerary, embarking on Viking Bestla in Passau. Or, they may return home as soon as possible.

“Guests currently booked on Viking Freya sailings for the remainder of 2016 will now sail on Viking Bestla, a sister ship that is virtually identical.

“Guests on these sailings will be contacted directly by a Viking Customer Relations representative or their travel agent. The families of our crew members are in our thoughts and prayers,” concluded the statement. 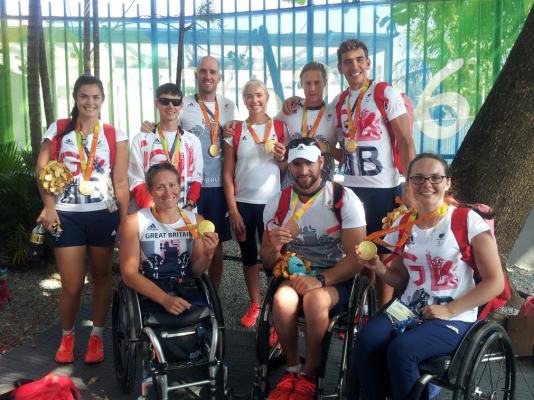 It took just one hour for Team GB’s Paralympic rowing team to win their impressive medal haul at the Lagoa Stadium in Rio on 11 September.

Rachel Morris, who only switched from hand cycling to rowing in 2013, was the first of the team to secure a gold medal.

Morris, who trains at Guildford Rowing Club in Surrey,  has previously won gold in the cycling at Beijing 2008 and bronze at London 2012.

Meanwhile in the equivalent men’s event, Tom Aggar took bronze. The 32-year-old made history during Beijing 2008 when he took gold in the first-ever arms-shoulders men’s single scull.

The four-times World Champion is the longest-serving member of the GB Rowing Team para-rowing squad having made his debut in 2007.

“I am so pleased to have made that cut and to have got on the podium,” said Aggar.

“The event has moved on hugely since Beijing and it’s an amazing feeling. We did a lot of rehearsals of having to race three times here and I knew I had the fitness so being in the repechage didn’t faze me,” he noted.

World Silver medallists Lauren Rowles and Laurence Whiteley clearly showed why the gold was theirs after blasting from the blocks in the final of the trunk-and-arms mixed double sculls.

The pair beat the world record in their heat and dominated the final to take the top podium spot.

“I don’t think I can sum up the emotions,” said Whiteley, who only partnered with Rowles in 2015 after a two-and-a-half-year search.

“Two and a half years of thinking every day that it would be alright in the end. There were days when I could have walked away some days but for the end prize to be Paralympic gold, I would have done it again in a heartbeat,” he said.

Rowles added: “We beat the world record in the heat and we had confidence that we would do well but every crew out here is incredible so you know that you are not going to win it by miles. We have been putting in hours and hours and it’s so good.”

Making their mark from the start, the team was leading comfortably half way through the race, with clear water by the finish. They won in a time of 3:17.170.