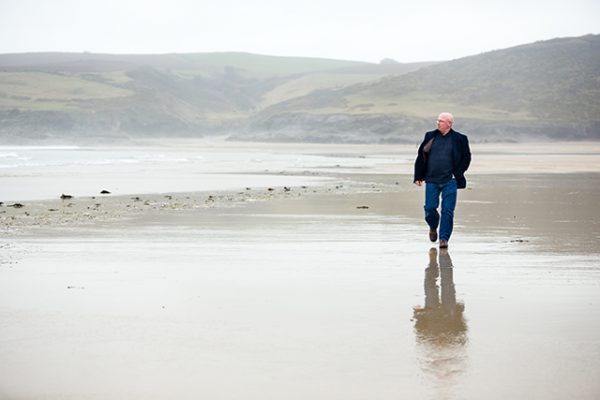 The records are from the National Water Safety Forum’s Water Incident Database (WAID) 2011–2015.

The number of near-fatal incidents was higher still, with the RNLI’s UK lifeboat crews and lifeguards saving 385 lives in 2015, according to the organisation’s incident data.

The figures are released as the charity enters the third year of its national drowning prevention campaign, Respect the Water, which aims to halve accidental coastal deaths by 2024.

The campaign is targeted at adult men, who account for most incidents. Last year saw an increase in the number of men losing their lives at the coast. Between 2011 and 2014 men have accounted for 75% of coastal deaths but, in 2015, this increased to 84%.

Around half of the people who die at the coast each year never planned to enter the water. Of the 168 deaths last year, more than half (52%) did not intend to get wet – people taking part in activities such as coastal walking, running, climbing or angling.

A father’s story
Phil Bindon’s son Mike was lost at sea in 2014, aged 23, after being swept in by an unexpected wave. Phil and his daughters Katie and Jenny are sharing the story of their personal tragedy, to warn others of the power and unpredictability of the water. Phil says:

‘Mike and his friend were at the coast at Polzeath. A freak wave caught Mike and swept him into the water. The lifeboats and helicopter were out searching for hours. I just wanted Mike back home. It was very hard as a parent to know that he was out there somewhere and there was nothing I could do about getting him back.

‘Mike’s body has never been found. It breaks my heart. No one expects to lose a child. An accident like this is a tragedy that I wouldn’t want anyone else to go through. I want people to learn from Mike’s death and understand how dangerously unpredictable the sea can be. Accidents like this can happen to anyone.’

The main dangers the RNLI is warning people about while at the coast are cold water, slips and falls, rip currents and waves.

James Millidge, RNLI coastal safety manager, says: ‘People need to treat the water with respect – it’s powerful and unpredictable. Each year RNLI lifeboat crews and lifeguards save hundreds of lives but, sadly, not everyone can be saved. Over 160 lives are lost at the UK coast each year and the real tragedy of the situation is that many of these deaths could have been prevented.

‘Cold water is a real killer. People often don’t realise how cold our seas can be – even in summer months the sea temperature rarely exceeds 12oc, which is low enough to trigger cold water shock. If you enter the water suddenly at that temperature, you’ll start gasping uncontrollably, which can draw water into your lungs and cause drowning. The coldness also numbs you, leaving you helpless – unable to swim or shout for help.

‘The fact that over half of the people who die at the coast each year never planned to enter the water suggests people are also not taking enough care along the coastline itself. We’re warning people to stay away from cliff edges, particularly where there is slippery, unstable or uneven ground; stick to marked paths and keep an eye on the water – watch out for unexpected waves which can catch you out and sweep you into the water.

‘If you’re planning to get into the water be aware that, even if it looks calm on the surface, there can be strong rip currents beneath the surface, which can quickly drag you out to sea. The sea is powerful and can catch out even the strongest and most experienced swimmers.’

Double Olympic rowing gold medallist James Cracknell is supporting the campaign. He says: ‘UK coastline is beautiful and should be enjoyed – but it’s really important that people treat the water with respect. From personal experience I know how powerful and unpredictable the sea can be. A seemingly calm situation can quickly turn into the exact opposite. We’re urging people to be aware of the danger.’

The charity is asking people to visit RNLI.org/RespectTheWater where they will find information on coastal hazards, how to keep themselves safe, and what to do should they or someone else end up in trouble in the water. On social media search #RespectTheWater.