Yachting Boating World: The owner of the boat was left red faced after he failed to properly secure his boat in its trailer. The vessel broke free and slid off onto the road. 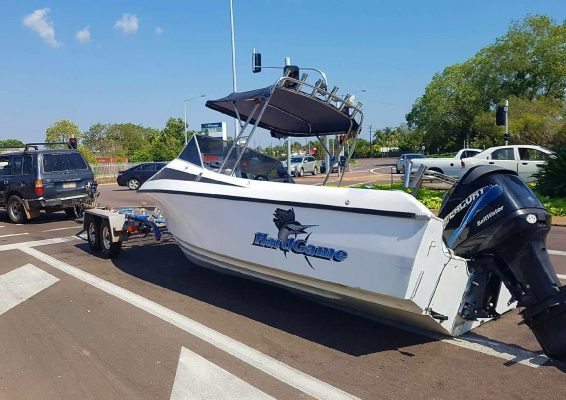 The owner of Hard Game caused traffic chaos after the boat slid off its trailer, and onto a busy road in Darwin, Australia.

The vessel came adrift of its trailer at the corner of Nightcliff Road and Trower Road on 2 August.

The police were forced to close one lane of the route during the morning, while the owner waited for a crane to arrive.

Motorists were urged to be patient and obey all traffic directions in place.

Northern Territory Police, Fire and Emergency Services posted a photo of the vessel on its Facebook page, under the heading “Not smooth sailing”.