Yachting Boating World: Humber Coastguard requested the launch of a Tynemouth RNLI inshore lifeboat after receiving a report of a drunk man swimming off the Fish Quay Sands. 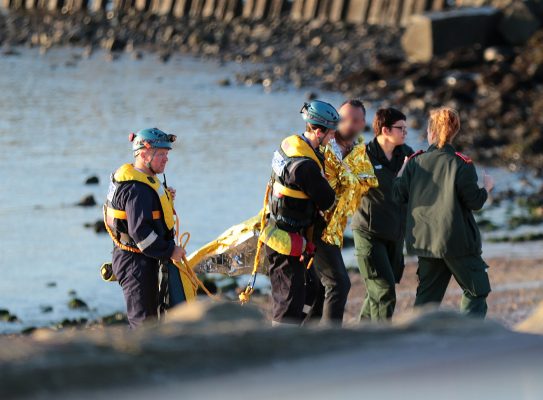 The Tynemouth RNLI inshore lifeboat was deployed just after 6.30 this morning, Tuesday 30 August, after the Humber Coastguard received a report of an inebriated man swimming off the Fish Quay Sands, North Shields.

The volunteer crew was paged and immediately deployed the lifeboat from the station round to the beach where the swimmer was promptly found by the three crew members.

The man had been drinking prior to going for a swim and initially refused to return to shore but with, according to the RNLI, ‘a few strong words’ from the lifeboat crew, he returned back to the beach and was met by members of the Tynemouth Volunteer Life Brigade who assisted him from shore.

At first however the man refused to come out of the water as he was naked. Paramedics arrived at the scene and the swimmer was wrapped in a thermal blanket and taken to an ambulance for assessment. As the casualty was on shore the lifeboat stood down and returned to station.

Adrian Don, spokesman for Tynemouth RNLI, said: “Taking a swim on a beautiful morning might have seemed like a good idea but alcohol and the sea don’t mix. This could very easily have turned into a tragedy and getting the man out of the sea quickly was the priority.

“Two years ago a man sadly drowned in similar circumstances just a few yards away from this location.

“The RNLI aims to half coastal drownings by 2024 and comprehensive advice about staying safe in and around water can be found at respectthewater.com”.