Yachting Boating World: Victoria Mulligan raised nearly £500,000 for the RNLI and Child Bereavement UK in the wake of the tragic speedboat accident. 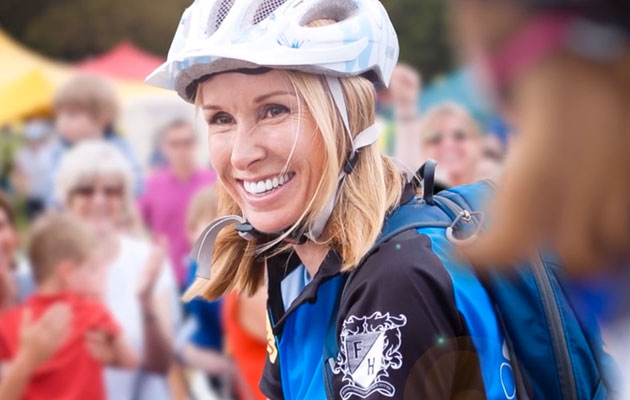 The survivor of a speedboat accident that killed her husband and daughter has been awarded an RNLI Supporter Award after raising nearly £500,000 for charity.

Victoria Mulligan organised a huge fundraising challenge in memory of her husband Nick and daughter Emily, who were both killed in a tragic speedboat accident in Padstow estuary in May 2013.

She set up an event called the Milligan Bike Ride to raise funds for both the RNLI and Child Bereavement UK, with 125 cyclists covering more than 300 miles from Cornwall to London over three days in June 2014.

Victoria said: “We wanted to raise money for something tangible and relevant; the money raised will make a real difference and leave lasting legacies in their memory. The RNLI is such an incredible and worthwhile charity, they rescued us from the water on that fateful day.

“Unless you have been in a trauma situation, you don’t know how invaluable these rescue services are, every minute is vital. The money raised is going to train lifeboat crew in every station in Cornwall.

“Something good had to come out of something so dreadful. It’s incredibly empowering to feel you are giving something back to the people who have helped you.”

Victoria, who lives in London with her three children, Amber, Olivia and Kit, plans to continue her fundraising work.

She lost the lower part of her left leg in the accident, but hopes to use a blade in order to take part in sponsored runs.

Guy Botterill, from RNLI Fundraising, said: “It was an incredible journey, which tested even the best of the riders but they did it. The bike ride was a huge physical challenge, but the challenge that Victoria set herself, so soon after the incident, what she achieved in terms of organising it – that was absolutely amazing.”

Victoria went on to explain: “Child Bereavement UK’s counselling has been invaluable, it has helped me and the children cope with our grief over the last year.

“They have given us tools and strategies which help us deal with everyday situations. They have given me advice on how to talk to the children and deal with big events like birthdays and anniversaries.

“I know that their professional counselling will continue to be essential for our family, for a long time to come, as we approach each day and try to put our lives back together living without Nick and Emily.”