Motorboat & Yachting: In the Mediterranean, the west coast of Italy is blessed with some of the finest harbours and beautiful islands. 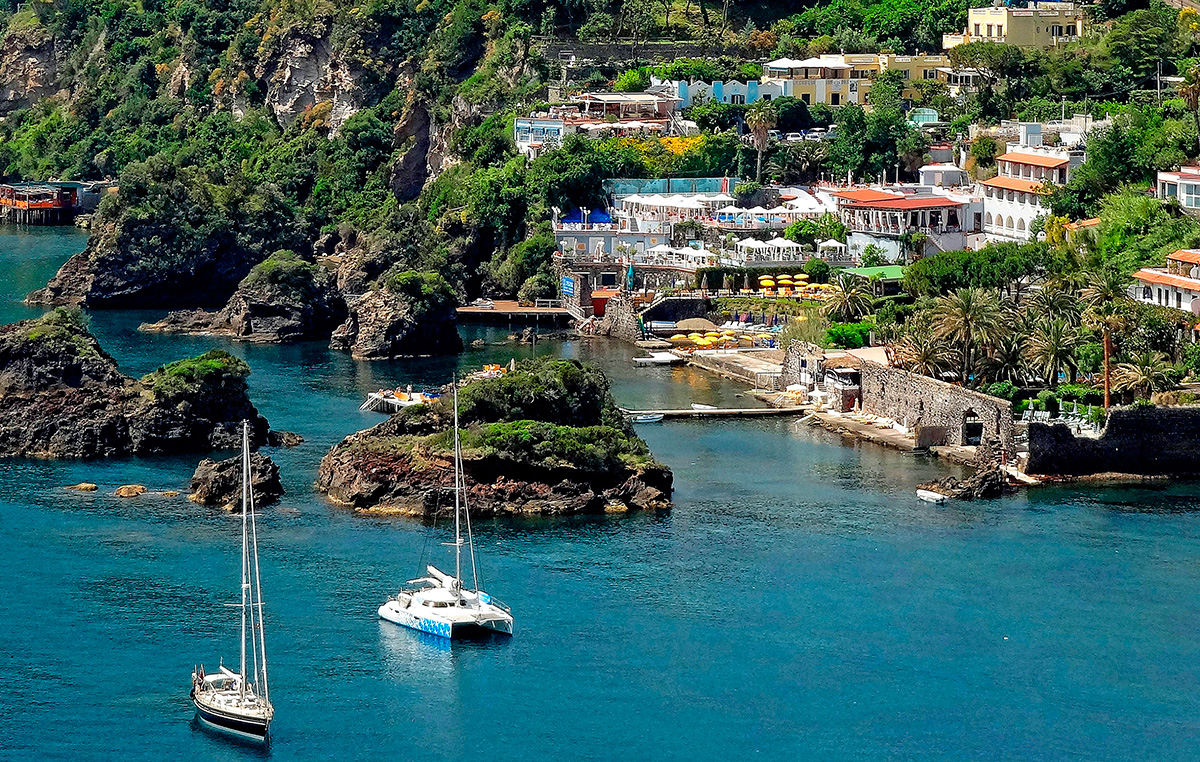 From Genoa, as its centrepiece Campania province has the stunning Bay of Naples and here you can find dazzling theatre of history dominated by the shadow of Vesuvius, a menacing volcano a few miles inland. Off the north arm of the bay, there are two small islands, Procida and Ischia with subtropical vibes. On the southern side of the bay of Naples, Sorrento Peninsula points you towards the romantic island of Capri in the rich blue sea.

A short cruise to the west you’ll reach Pontine Archipelago with its picturesque harbours of Ponza and Ventotene.

The city Naples itself is a noisy cultural melting pot with lots of contrasts, where gracious piazzas, opulent palaces and ornate churches are set against narrow streets in the shafts of bright sunshine.

The place to begin a Campania cruise with, is on the southern side of Sorrento Peninsula, where the Amalfi Coast looks across the Gulf of Salerno with sparse villages clinging to its cliffs. As you are getting closer, more looming layers emerge from the haze, as the peaks of Monti Lattari rise to 1,500 metres.

At the head of its gulf, Salerno is an attractive cruising base and a favourite for many sailors because the place feels so pleasantly ordinary.