Yachting Boating World: Pougher has now replaced Fiona Pankhurst as the president of British Marine, which has more than 1,600 industry members. 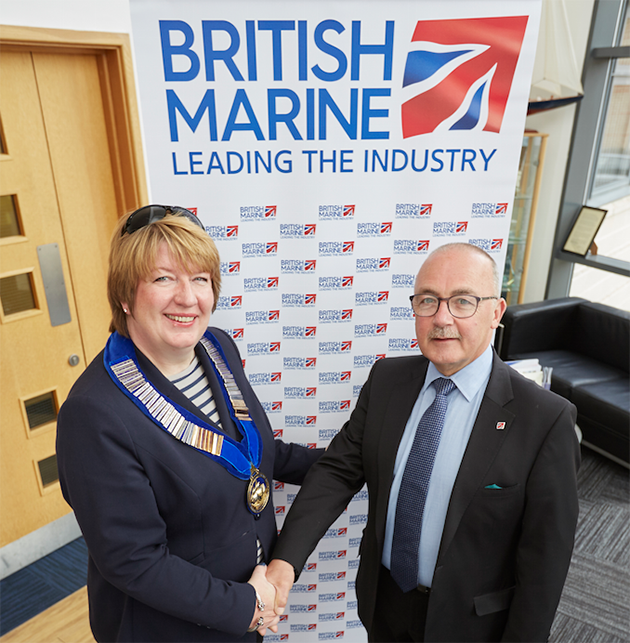 David Pougher, the principal of Deep Consultancy, has now been appointed president of British Marine. The organisation represents the leisure, superyacht and small commercial marine industry, and members include Princess Yachts, Berthon and Pendennis Shipyard in Falmouth.

Pougher takes over from Fiona Pankhurst who has held the position since 2014.

During her time as president, Pankhurst relaunched the organisation’s brand, aligning its members with Britain’s reputation for quality, excellent design and innovation.

As immediate past president, she remains on the management board of British Marine.

Incoming president, Pougher, has been involved in the UK marine industry for over 35 years. He retired from his position at Yamaha as Divisional Manager, Marine and All Terrain Business in 2013. Pougher then set-up Deep Consultancy, a marine business consultancy.

On taking over from Pankhurst, Pougher said it was an honour to become the new president.

“My fellow British Marine members and the team at Marine House have my commitment, focus and drive to assist, support and protect over the next two years,” he commented.

“I look forward to this position and challenge and it’s my intention, during the next six months, to visit every region, every British Marine association and as many committees and individual members as possible,” he pledged.

“Firstly I would like to take this opportunity to thank Fiona for her commitment to British Marine during her time as our President and her enthusiasm in undertaking all of her British Marine duties. The successes she has helped to achieve will drive the industry forward.”

He continued: “I am delighted to welcome David as the new President and am looking forward to working with him and the new Vice-Presidents, Alice Driscoll and Anthony Trafford, to continue to raise the profile of the British marine industry both at home and overseas.”