Boaters who intend to sail to Corsica are being warned of a new and ‘incredibly expensive’ swinging anchoring tax in public waters – and the signs are that the tax is being introduced throughout the French coast. 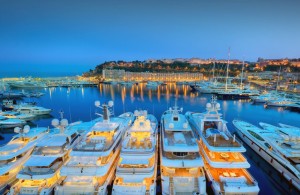 The 20 Euro-per-metre tax has been voted in on Corsican public waters, without any service provided, not even a single mooring buoy.

Boaters are being urged to boycott Corsica as long as this tax is in existence. The tax only applied to marine protected areas managed by public authorities but there are fears it will spread to all areas.

The Cruising Association is also very concerned by the introduction of this law, because there’s every chance it will be expanded to cover a large portion of the French coast; some estimates say as much of 50% by 2020.

A spokesperson for the CA said: ‘We know this law is already unpopular with towns and villages that welcome visiting sailors, and that opposition is being rallied in areas like the Arcachon Basin. We will monitor the situation carefully and represent our members’ interests very strongly.

‘If it is introduced widely we know from feedback from our members, many of whom sail on tight budgets, that they will choose to stay away from affected areas of the French coast.

‘Interestingly, the regional government of the Italian island of Sardinia introduced a similar tax in 2006, only to have to withdraw it in 2009 as coastal communities reported a 50% drop in waterborne business and a severe impact on local economies.’