Posted on September 10, 2016 by Velos Insurance

Yachting Boating World: P&O Cruises has announced that it has ordered the next generation of mega ship. It will eclipse the British cruise line’s current 3,637-capacity flagship, Britannia. 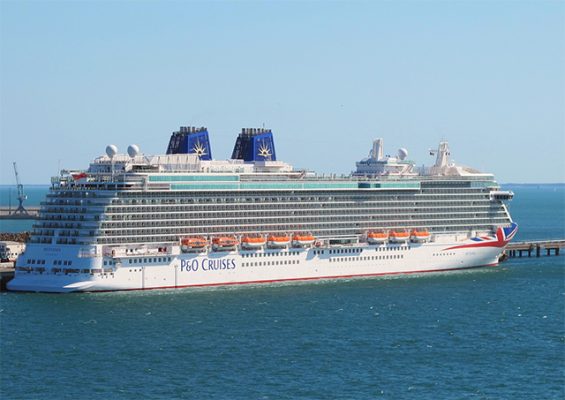 The new ship for the British cruise line, P&O Cruises UK, will be able to accommodate 5,200 passengers.

This is 1,563 more than its current flagship, Britannia, which was officially launched by The Queen in Southampton in March 2015.

P&O’s parent company, Carnival Corporation, which is based in the US, announced that it had signed the deal to build the new ship earlier this week.

It is expected to be delivered in 2020 and will be built by Meyer Werft at its shipyard in Papenburg, Germany.

Based on Carnival Corporation’s next-generation “green cruising” ship design, the new vessel will be part of the first generation of cruise ships to be fully powered by liquefied natural gas (LNG).

The company claims using LNG both in port and on the open sea will significantly reduce the ship’s exhaust emissions.

It added that LNG is “the world’s cleanest burning fossil fuel”.

The new P&O 180,000-tonne cruise ship is one of seven LNG-powered vessels being built for Carnival Corporation.

The first of these ships is expected to be in service for AIDA Cruises and Costa Cruises in 2019.

CEO of Carnival Corporation, Arnold Donald, said: “We are proud to be at the forefront of introducing LNG-powered ships to the cruise industry, working with our partners to achieve shipbuilding breakthroughs like this that will help us produce the most efficient and sustainable ships we have ever built”.

He continued: “This is also an important step in our fleet enhancement plan that enables us to execute on our long-term strategy of measured capacity growth over time, while delivering innovative new ships that further elevate our already great guest experience.”

“Every time we launch a new ship, we have a new opportunity to create excitement and show consumers why cruising is a great vacation at an exceptional value, especially for those who typically consider land-based vacations,” added the chief executive.

Managing partner of Meyer Werft, Bernard Meyer, said the company was excited to welcome P&O Cruises back to Meyer Werft in Germany.

“These new ships will be built in our most modern and environmentally friendly facilities, and we are very proud to design, build and deliver these ships that provide breakthroughs in innovation and for the environment,” he said.

As part of its fleet enhancement plan, Carnival Corporation has already taken delivery of three new ships in 2016 for its AIDA Cruises, Carnival Cruise Line and Holland America Line brands, and plans to launch the all-new Seabourn Encore in December 2016.

Carnival Corporation has a total of 18 new ships scheduled to be delivered between 2016 and 2022.