200
swing
Main Menu
You are here: Home » Boat industry » What type of boat owner are you?

What type of boat owner are you? 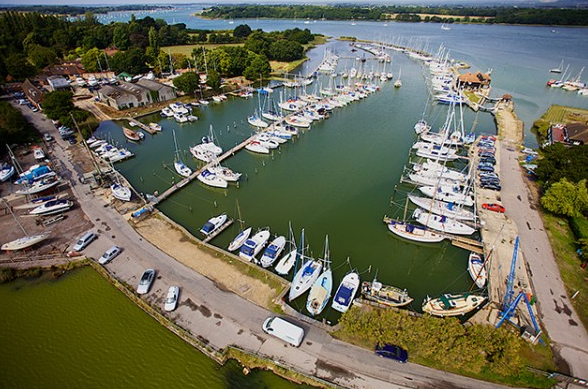 The Boaters and Boat Owners Survey covered all types of recreational boating and watersports, from charter sailing to navigating inland waterways.

It found that more than half of people surveyed – 55.7% – had learnt to sail or drive a boat through formal qualifications, especially on hire and charter holidays.

A further 23.7% of those surveyed also undertook further training for personal development or to benchmark their skill level.

The survey also found that 42.7% of boaters swapped to a different on-water activity rather than giving up boating and watersports.

A large portion of past participants of small sailboat activities and racing (30.4% and 34.2% respectively) now consider sail yacht cruising as their main boating activity.

In comparison, a number of boaters are moving to activities that are more manageable with their lifestyles.

The research shows that 48.9% of watersports enthusiasts and 25.9% of canal boaters surveyed were previously sail yacht cruising participants.

This is due to families converting to the flexibility of canoeing and rowing and older yachters switching to less physical motor boat activities.

While the cost of boating remains a barrier  –  48.2% of participants listed cost as a reason for inactivity – 60% of those surveyed listed not knowing anyone who owns a boat as a reason for not participating.

The survey found that the activity profile of boaters doesn’t automatically reflect the type of boat they own.

For example, one in 10 dinghy owners consider yacht cruising as their main activity.

While one in five narrowboat owners reported sail yacht cruising or motor boating/cruising as their main activity.

For some boating enthusiasts, the financial flexibility and diversity of craft and locations offered by the hire and charter sector provides a compelling alternative to owning their own vessel, with 45.1% of non-boat owners surveyed previously hiring or chartering of a boat.

Despite new pension freedoms introduced in the 2015/16 financial year, out of the people who chose to purchase a new or used boat, just 1.5% of them had opted to use tax-free pension withdrawals to fund the sale.

Instead, 86.6% of consumers have used savings as the primary means of funding a purchase.

The findings of the survey, which was sponsored by Navigators & General and MDL Marinas,  will be used to analyse and formulate future developments in the marine industry.

It was conducted in October 2015, at the end of the boating season.

Commenting on the survey, the chief executive of British Marine, Howard Pridding, said: “This in-depth research further cements British Marine’s position as a market research leader by providing a unique, in-depth insight into today’s consumers for marine businesses across the industry to use.”

He continued: “By highlighting the importance of generational learning and outlining the key influencers and concerns of prospective boaters and boat owners, this study provides a platform for British Marine to develop a new strategy to increase boating participation in the UK.”