Posted on September 23, 2015 by Velos Insurance

Motorboat & Yachting: Spanish firefighters were called to the aid of a sinking superyacht last week, after its four bilge pumps failed to stop the flow of water. 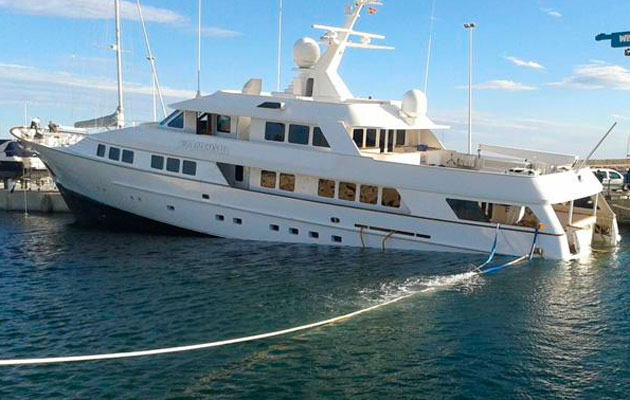 Firefighters were called into refit yard Varadero Port Denia last week, after initial efforts to save a sinking superyacht proved in vain.

The 150ft custom motoryacht Sea Falcon II began taking on water in the stern on September 17, and staff on site were unable to stop the flow of water, despite using all four on-board bilge pumps.

After a call was made to the local fire service at 0830, four more pumps were pressed into action by 1200, saving the sinking superyacht from a soggy fate.

No-one was injured and no oil contamination was reported, according to local publication Las Provincias.

Almost a week after the incident and the cause of the sinking superyacht is still a mystery, a spokesperson for the yard told MBY this morning.

Varadero Port Denia is located 60 miles north-east of Alicante on the Spanish coast and current refit projects include a 142ft Perini Navi and 204ft superyacht Yaakun.