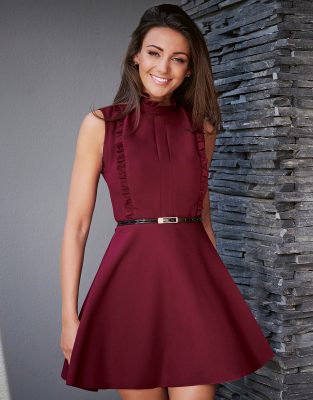 The 2016 Southampton Boat Show will be officially opened this year by actress Michelle Keegan.

The 29-year-old, who has had roles in Coronation Street and Ordinary Lives, is scheduled to appear at 11am on 16 September, helping to kick off 10 days of fun and attractions.

Incorporating one of Europe’s largest purpose-built marinas, the Southampton Boat Show is considered one of the world’s leading boat shows.

The 2016 edition, which runs from 16-25 September, will offer visitors an exciting array of new attractions.

With hundreds of boats on display, including 330 on the stunning marina itself and over 2km of pontoons, this year’s event is being billed as another show stopper.

Keegan, who counts her lead role in the BBC drama, Our Girl, and the forthcoming ITV drama, Tina and Bobby, amongst her current projects, comments: “I am thrilled to be opening the Southampton Boat Show this year.”

“As an avid fan of all types of activity on the water, I’m really excited to spend some time at the show, soaking up the atmosphere and experiencing some of the brilliant attractions on offer,” she added.

The British Marine Boat Shows managing director, Murray Ellis said he was delighted to welcome Keegan to the show this year.

“As Britain’s biggest boating festival, the Southampton Boat Show is a much-loved event and one of the leaders in the global boating calendar,” he noted.

“The show attracts visitors from those new to boating to avid sailors as well as a host of famous names, and we’re thrilled that Michelle will be joining us to help open the show,” he stated.

Attractions at the show include the new Festival Stage featuring a thrilling line-up of live music, fashion shows and expert talks.

On the water, there are plenty of opportunities for visitors to try an array of activities from experiencing first-hand what life aboard an ocean racing yacht is really like to trying out Stand Up Paddleboarding.

Feature boats will include the awe-inspiring Norwegian three-masted sailing barque, Artemis and the revolutionary Team Britannia vessel bidding to break the world record for the fastest powerboats circumnavigation of the globe.