Boat owners to be responsible at Henley Festival

Yachting Boating World: New river and mooring conditions are being introduced at the Henley Festival this year to prevent overcrowding on the River Thames. 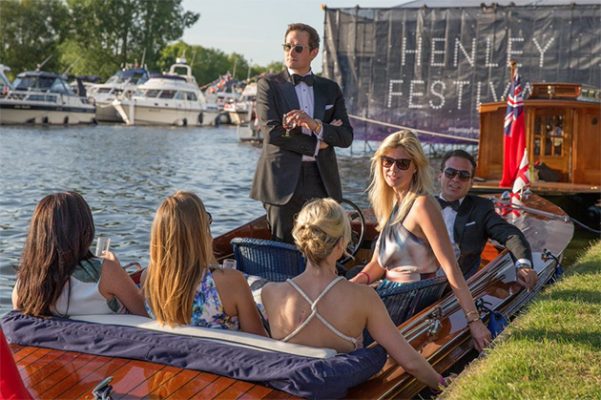 Boaters attending this year’s Henley Festival are being warned of new rules for the mooring of vessels.

Organisers were asked by the Environment Agency to update the regulations following concerns about safety as the event increases in popularity.

The festival is being held between 6-10 July 2016 at Henley-on-Thames.

Owners will, once again, be able to moor against the booms, which are left in place following the Henley Royal Regatta, which finishes on 3 July.

In a joint statement, Henley Royal Regatta and the Environment Agency said the changes were necessary for navigational as well as safety reasons.

“As Henley Festival grows in popularity, so does the number of boats mooring against
the Regatta booms. Not only does this increase the risk of the booms getting
damaged, it also considerably increases the tension on them, especially during high
winds or if there is a strong current in the river,” the statement said.

“Left unchecked, this could easily see booms, or the piles to which they are attached,
working themselves loose and being carried downstream, along with any boats tied
to them. This in turn could result in boats and other property being damaged, and
boat occupants getting injured,” it stated.

Only boats which have paid a mooring fee are allowed in the enclosed festival mooring area this year.

They have to be in their allocated position by 8pm, when the booms will be closed for safety reasons. These will be reopened 10 minutes after the end of the firework show.

“For health and safety reasons, Henley Festival does not allow boats to double
moor to paid for moorings under any circumstances, whether permitted by the
boat owner or not,” said the festival on its website.

“We reserve the right to enforce this rule on site, as necessary. We also remind you that adjacent boats must have sufficient space to manoeuvre in and out of their allotted moorings.”

Boat users who have not purchased a mooring, must continue to travel up and
down the river on the navigation channel.

“Dropping anchor is not permitted and the Environment Agency will move you on,” warn festival organisers.

Enforcement officers with the Environment Agency will be carrying out regular patrols during the Henley Festival to make sure boats owners comply with the rules.

The Environment Agency’s Harbourmaster for the River Thames, Andrew Graham, said: “I know from personal experience how wonderful it is to enjoy these events from a
vantage point on the river itself, so I’m really not surprised that more and more
people are coming to town by boat.”

He continued: “But things got a little bit out of hand last year, and we really don’t want anybody’s trip to be ruined due to a preventable accident. That’s what these moorings
conditions are all about.”

“If people respect them and they work well this year, then Henley Royal Regatta will be happy for boaters to moor against their booms again next year, and so will we. If not, we both might have to look at alternative arrangements,” added the harbourmaster.