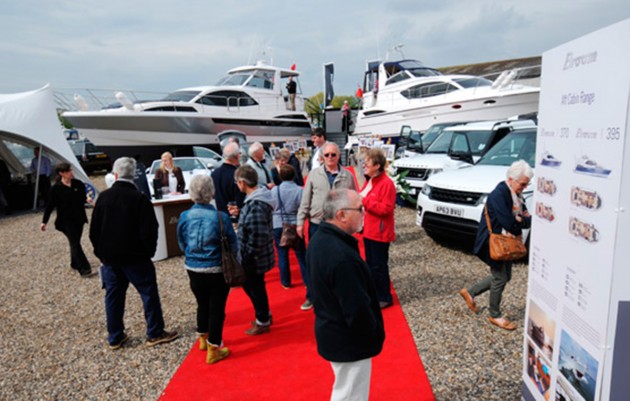 Broom Boats of Brundall has revealed details of its upcoming Broom Boat Show, which runs this Saturday 16th April 2016 from 10:00 to 16:00.

At the 2016 Broom Boat Show the entire new boats range will be featured, hosted at the company’s Norfolk HQ, along with a selection of used models, including the notable Broom Jenny Wren from 1957.

The restored boat model recently starred in a BBC One show Holidays of a Lifetime with Fiona Philips and Len Goodman. Because the Jenny Wren is the showcase project for Broom’s new Heritage Marine Services division, which specialises in restoring classic models.

“We have some of the best boat builders in the country here at Broom, who have been building boats with us since the 1960s, so launching a heritage division was a natural step for us”, said Greg Houlston, general manager of Broom Marine Services.

At the boat show, visitors will also be able to enjoy on-site entertainment, take a factory tour, go on a short trip along the river to experience a Broom model in its natural environment.