Posted on January 5, 2016 by Velos Insurance

Motorboat & Yachting: This year’s London Boat Show will have a 60s revival area and the organisers have revealed some of the attractions in this new exhibit. 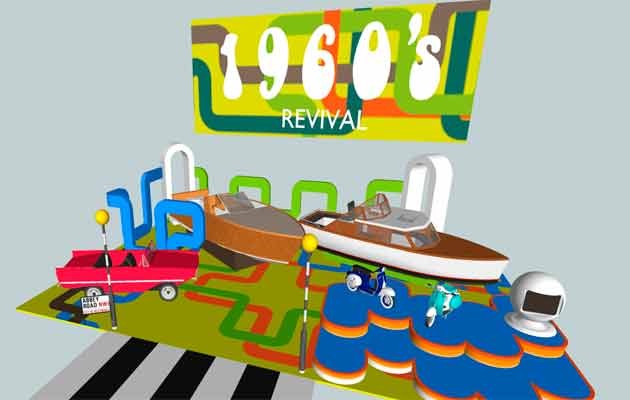 Visitors to the 2016 London Boat Show will have a chance to take a trip back to the swinging 60s with a new exhibit.

The 60s revival area was announced back in November, but now organisers British Marine Boat Shows have given us a bit more detail about what it will actually entail.

First up is one of the true icons of the 1960s boating – the Fairey Huntsman 28. A well-kept example of this classic boat will go on display, bringing Alan Burnard’s vision back to the London Boat Show.

On a more eccentric note, the 60s revival will also feature an Amphicar – one of the first examples of an amphibious vehicle, which was first launched in 1964.

As if that wasn’t enough, visitors will also be able to discover the Nomad, a two-in-one caravan and boat combi trailer that first emerged in 1963.

But perhaps the most exciting example of 1960s design on display is Charlotte, one of the original Princess Project 31 models that has been lovingly restored to celebrate the Plymouth yard’s golden anniversary.

She will be on display at Stand G120, where you can also see the modern Princess Yachts range that this seminal model inspired.

Advance tickets for the 2016 London Boat Show are on sale now, with prices starting at £10 per adult. The show runs from Friday January 8 to Sunday January 17.