Motorboat & Yachting: The semi-custom yard have confirmed that the Luxman Bullet dayboat will be making an appearance at the Southampton Boat Show 2015. 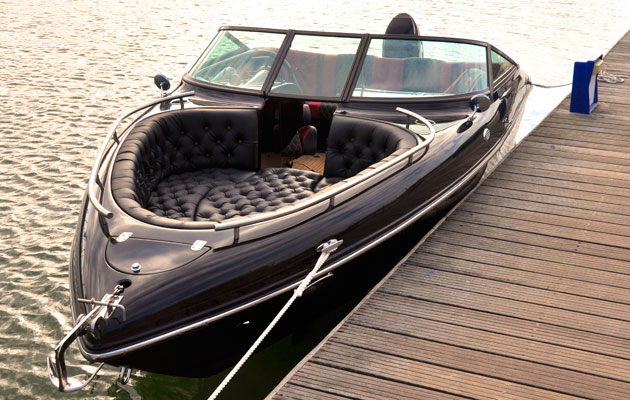 Luxman Craft will be making their Southampton Boat Show next month (11-20 September) it has been confirmed, with the Luxman Bullet dayboat going on display.

The new model, which has only made a handful of public appearances so far, should attract plenty of visitors to the Luxman exhibit on Stand M208 with its distinctive styling.

The Luxman Bullet is a 20ft bowrider design by Andrew Morgan, and his automotive background is clear for all to see.

Andrew has previously worked with Colin Chapman (founder of Lotus) and cites the Aston Martin DB9 and the Jaguar E-Type as the inspiration for this sleek dayboat.

This connection is reinforced by the Bullet’s performance, with the company promising that the 24-degree deep-vee hull can hit a top speed of 54 knots, when twinned with the most powerful 150hp Suzuki outboard option.

However, for those looking for a more affordable dayboat, Luxman will fit the bullet with a 70hp Suzuki, bringing the entry-level price down to £28,000 on the water.

Key features include swivelling helm and navigator seats and a choice of three interior layouts, giving total seating space for up to eight people.

The list of optional extras includes a water sports package, underwater lights, transom shower, 30l drinks cooler, and a completely customisable interior design, hence the claim that this is a semi-custom dayboat.