Posted on January 4, 2016 by Velos Insurance

Motorboat & Yachting: The long-awaited Sealine F530 will be getting its public debut next month at the Eurasia Boat Show in Istanbul. 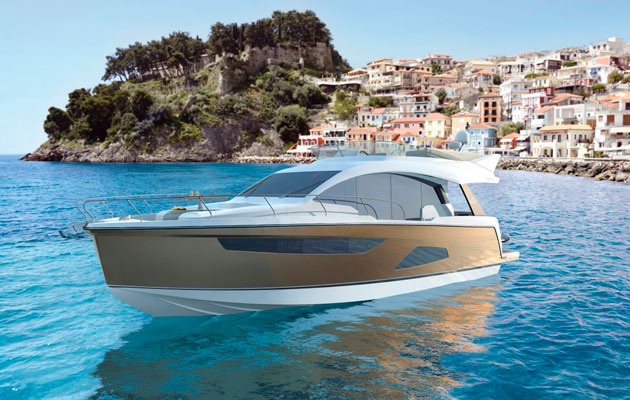 It was back in June last year when Hanse Group released the first renderings of the Sealine F530 and our interested was piqued in a big way.

As the follow-up to the much-feted Sealine F380, the F530 looked like a very exciting new model indeed.

And now Hanse has confirmed that the public unveiling of this new flybridge will come, not in London, not in Dusseldorf, but in Istanbul.

The Sealine F530 will be getting its worldwide debut as part of the Eurasia Boat Show, which is due to run from February 13-21 in the Turkish city.

Sealine adds that the large floor-to-ceiling saloon windows are already in place ahead of the show. The firm also plans to host another launch event at its Greifswald yard in Germany later on this year.

The new flagship model promises a class-leading top deck in terms of space, thanks to two chunky supports that hang over the side decks.

Prices and UK delivery dates are yet to be confirmed, but we expect to get more details as the Istanbul show approaches.