Posted on November 6, 2015 by Velos Insurance 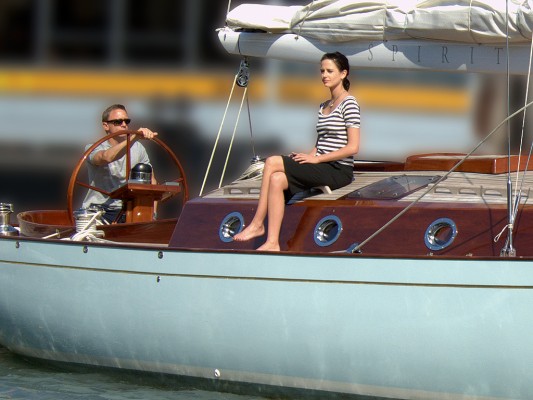 It’s no spectre of an offer. The handmade wooden yacht featured in the James Bond movie Casino Royale has gone on the market for more than £600,000.

During filming of the 2006 movie, the 54ft Soufrière became the first sailing vessel to transit Venice’s Grand Canal in 300 years.

The boat and its team of builders were put through their paces for the making of the Bond film. Soufrière was shipped to the Bahamas, sailed to Puerto Rico and through the British Virgin Islands to Tortola Harbour, before being shipped to Croatia and then sailed to Venice.

The sloop went to an Irish buyer after filming finished on Casino Royale and has since been used for cruising and racing, coming second at this years Panerai Classic Yacht Challenge regatta in the Class 1 Modern Classics division.

Soufrière was built in the UK by Spirit Yachts in Ipswich and sleeps up to six in two double cabins with en suite bathrooms. The sailboat has mahogany topsides, teak decks, draws 7ft 4ins and its Yanmar engine produces 54bhp.