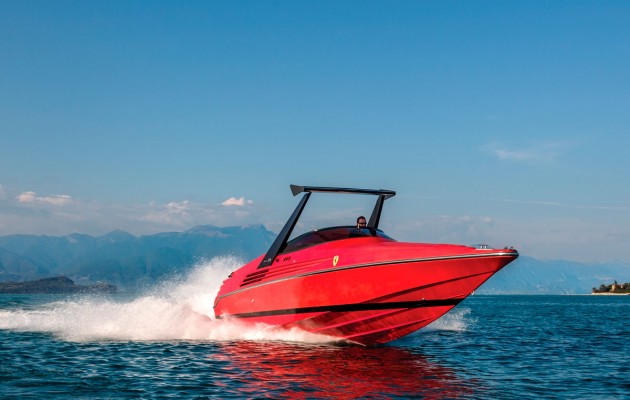 Ferretti Group has announced a new major shareholder in the form of F Investments – a holding company controlled by the Ferrari family.

By purchasing a 13.2% share in the yacht maker for an undisclosed sum, the luxury car dynasty has strengthened a budding partnership between the two brands.

Last month it was announced that Ferretti would be sponsoring the Ferrari Formula 1 team, with its Riva brand emblazoned on the racing drivers’ helmets.

But the collaboration dates back much further, with Riva and Ferrari launching a 32ft speedboat back in the 1990s.

The news was announced as part of Ferretti’s annual financial results, which showed that the company beat its own predictions to deliver a consolidated production value of €410m for the 2015 financial year.

What’s more, the company’s earnings (EBITDA) reached €7million – the positive figure since 2012 – and a profit of around €5million is forecast for the first quarter of 2016.

CEO Alberto Galassi said: “The year of 2015 has rewarded us with economic and financial results over the expectations and the Group has relaunched itself regaining leadership on several markets.

“This achievement would not have been possible without the introduction of innovative and cutting edge products that are the results of significant investments in research and development and of the design and construction capabilities of Ferretti Group,” he added.

The Ferretti Group plans to launch nine new models before the end of the year, including the Ferretti 450 Fly, Pershing 5X and Riva 100 Corsaro.