Yachting Boating World: A legal row over who should pay to repair the USS Sequoia, how much it will cost, and who will ultimately own the vessel is casting doubt on the future of the presidential yacht. 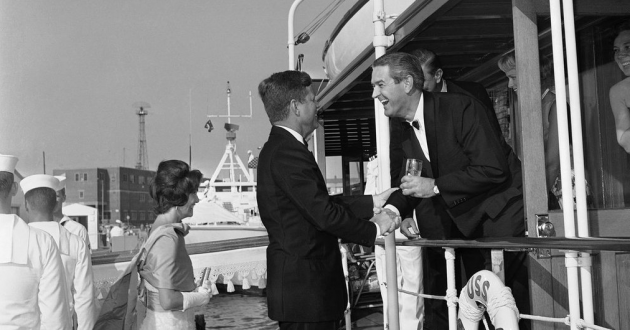 The John Trumpy-designed yacht was subsequently sold and up until 2014, it was being used as a historic charter vessel on the Potomac River. But a row over the USS Sequoia means its future is in doubt.

Since 2014, the yacht has been lain up in the Chesapeake Boat Works shipyard in Deltaville, Virginia while a contract dispute over a loan between the yacht’s owner, Sequoia Presidential Yacht Group LLC and FE Partners LLC is played out.

The matter has now gone to the Chancery Court, where Vice Chancellor Sam Glasscock must determine the price the lender, FE Partners, must pay to exercise an option to buy the yacht.

In 2012, the Sequoia Presidential Yacht Group LLC entered into a $7.5 million loan agreement with FE Partners. Under default terms of the loan agreement, FE Partners can exercise an option to purchase the yacht for $7.8 million.

However, attorneys are arguing how much the option price must be reduced by because of needed repairs to the USS Sequoia and other liabilities.

Much of the case is centred around the actual worth of the yacht and who should pay for the repairs. Estimates to make the historic vessel seaworthy are put between $310,000 and $4 million.

Because of the disparity in cost, Vice Chancellor Sam Glasscock is now considering hiring his own independent marine surveyor to determine what repairs are needed.

The USS Sequoia is a designated National Historic Landmark.

Designed by John Trumpy, the 104-foot wooden yacht was built in 1925 at the Mathis Yacht Building Co. of Camden, New Jersey. It was used by the Department of Commerce as a decoy to catch criminals during the Prohibition era before being commissioned as the presidential yacht in 1933.

According to the official website of the USS Sequoia, President Herbert Hoover promoted his use of the yacht during the Depression in a “misguided effort to elevate the spirit of a starving public”.

President Franklin D. Roosevelt used the vessel to discuss and plan the D-Day invasion with the then-Supreme Allied Commander, Dwight Eisenhower. Once Eisenhower was elected president himself, he entertained Korean War veterans on board.

President John F Kennedy celebrated his 46th, and last, birthday on the USS Sequoia, while Harry Truman entertained visitors with his piano playing and poker games.

Lyndon B. Johnson lobbied for civil rights legislation, and planned Vietnam War strategy on the yacht’s deck. He is also reported to have enjoyed watching movies projected on to the ship’s white smokestack.

President Richard Nixon met with General Secretary Leonid Brezhnev on board to negotiate the first arms control treaty with the Soviet Union. The yacht was a frequent refuge for Nixon during the Watergate era. He even demanded that an electronic shield be built around the entire yacht to prevent bugging. This required that small pinholes be drilled six inches apart throughout the entire railing.

In 1974, Nixon was on the USS Sequoia when he announced to his family that he had decided to resign rather than face impeachment.