Motorboat & Yachting: The American yard has revealed images of its Nordhavn 59 Coastal Pilot after the new explorer yacht was completed and launched in China. 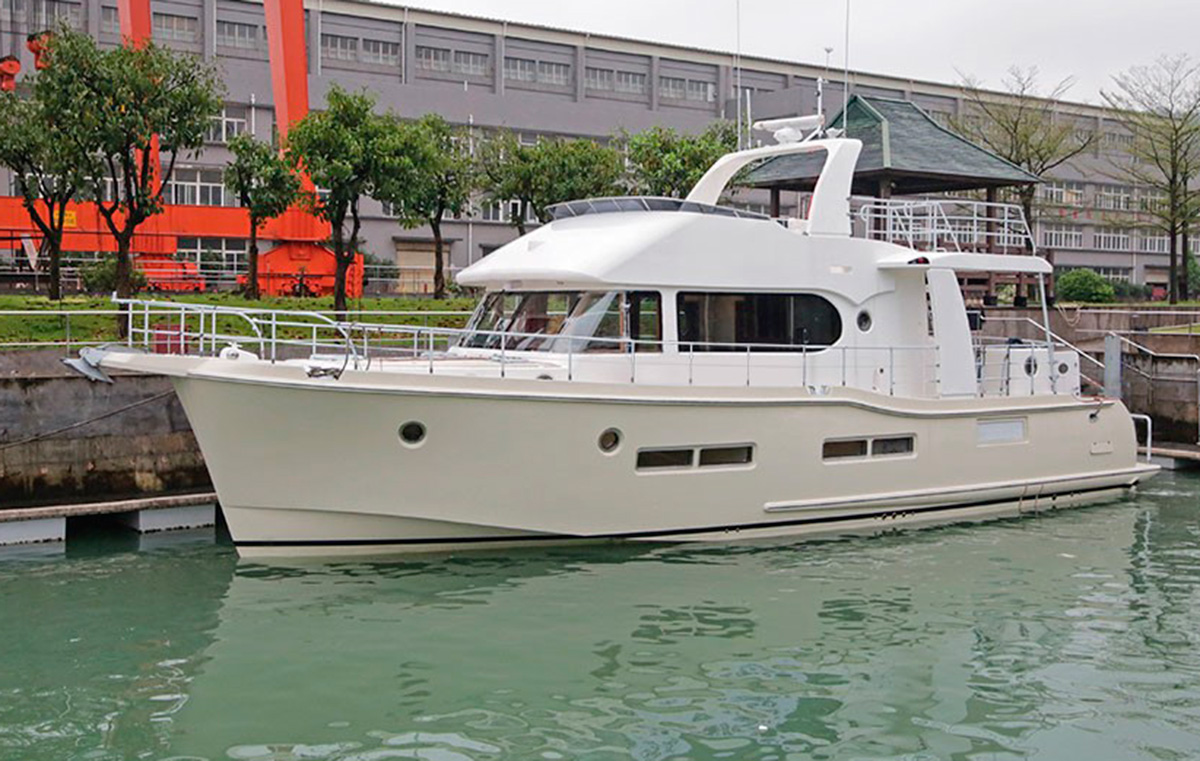 PAE has released pictures of its latest new model after the Nordhavn 59 Coastal Pilot hit the water for the first time. The new 58ft explorer yacht has an estimated top speed of 20 knots and after its preliminary sea trials, vice-president Jim Leishman was delighted with its performance.

“The boat is very quiet, has a good flat running angle, steers beautifully and we couldn’t be more pleased,” he said.

Designed in America and built in the Chinese port of Xiamen, the Nordhavn 59 Coastal Pilot will suit boaters who have lofty cruising ambitions.

Key features include a 21.5kw Onan generator, Cruisair reverse cycle air conditioning, and 11hp Side Power bow thruster. The layout includes a choice of two or three cabins, while the flybridge includes seating space for up to 12 people.

British buyers can import models through UK dealers Nordhavn Europe, who are based at Hamble Point.