Motorboat & Yachting: A classic 1960s speedboat could be making a comeback this year, after a Plymouth firm has reveals plans to build a new Phantom Venom. 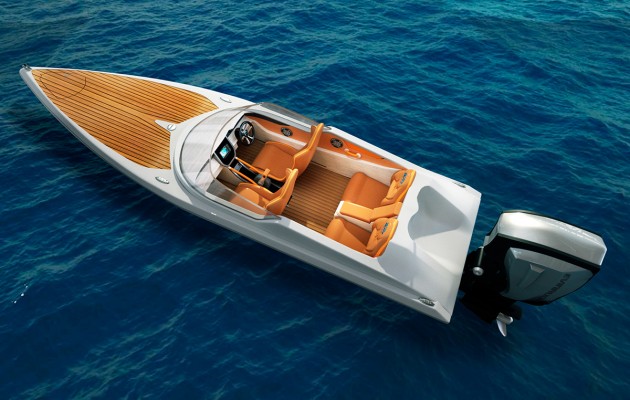 In 1970s Phantom powerboats were a mainstay of the boating scene, with this sporty design excelling as a family day boat and as a racer.

It all started with the Phantom 16 designed in 1969 by founder Steve Baker designed which drove to victory in the 1971 Class 3 Offshore Powerboat Championship.

Soon after, the Phantom 16 was made available to buy as a leisure boat, and 28 models were sold in the first year of production line alone.

The range also went on to spawn an 18ft variant, which was just as effective at winning races and capturing the imaginations of boat owners across the UK.

One such boater was Iain Johnson in 1980s, who vividly recalls watching Phantoms racing off Salcombe.

This made such a big impression on Iain Johnson that he has recently set about reviving the Phantom brand, which disappeared into obscurity in the 1990s.

Having bought the original moulds for the Phantom 16 and 18, Iain Johnson has founded a new yard called Phantom Sports Boats with the aim of getting this great name back on the water.

“The marine market is very much one of evolution rather than revolution, and I wanted to create a boat that was revolutionary and that people would be excited to own,” he told the Plymouth Herald.