Yachting Monthly: A new yacht charter company has just been launched in north west Scotland. Torridon Yacht Charter offers a Hanse 385, as well as a luxury cottage next to the water, for anyone looking for a sailing retreat. 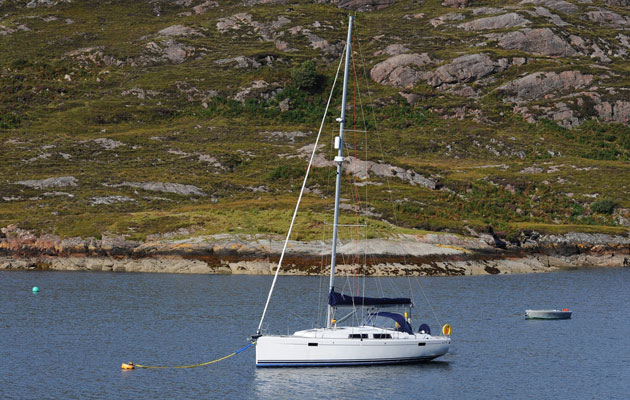 A new yacht charter operation, Torridon Yacht Charter, has being established, operating from Shieldaig, Loch Torridon. Located 75 miles from Inverness, it may not be the closest base to charter from, but it offers a mainland location, pontoon access, and is on the doorstep of some of the country’s most beautiful cruising grounds. Inverness is served by flights from most UK and European airports.

The first yacht in the Torridon Yacht Charter fleet is a Hanse 385. Coded for eight charter guest and built in 2013, she is fitted with an Eberspacher heating and teak decks. She will operate on a bareboat charter basis and customers will benefit from the Shieldaig community pontoon for embarkation and disembarkation.

‘We are really excited to launch Torridon Yacht Charter, which will be a sister company to Torridon Sea Tours. We look forward to welcoming our first guests. While the Torridon area is bewitching in itself, it is an ideal starting point to cruise the northwest coast of Scotland, including the Summer Isles, the Isle of Skye, the Shiant Isles and the Outer Hebrides.’

Yachting Boating World: GetMyBoat launches the first ever app to allow owners to rent out their fleet. 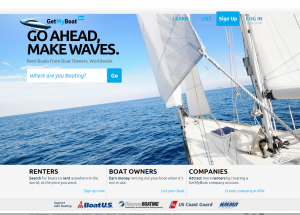 It’s undoubtable that AirBnB has changed the way people book accomodation when travelling, and the same concept has now been launched for yachts and boats.

The clever people at GetMyBoat, the biggest boat and yacht rental on the market, have come up with an ingenious idea.

Its new feature SleepAboard is a very similar concept to AirBnB, where owners can rent out their homes, or in this case their watercraft.

“Sleep Aboard is a boat-and-breakfast-type experience where travelers can stay aboard owners’ boats without leaving the dock.”, states the company’s press release.

GetMyBoat already has around 35,000 vessels in 143 countries on their books and Sleep Aboard has already proved popular in the US and Europe.

Prices for a one day stay range from $200 to $4,000, depending on the craft. Most owners don’t allow renters to take the boat out but some provide excursions at an additional coast.

“There are boating bed and breakfasts in Newport, Miami, and San Francisco; houseboats on landlocked lakes where people want to stop and enjoy some fresh air. In Amsterdam, houseboats are popular, while in the United Kingdom, canal boats are the norm.”, said GetMyBoat CIO Bryan Petro in a statement.

“We are committed to growing boating worldwide at GetMyBoat. Sleep Aboard is yet another way to reach new boaters and ensure the growth of an activity everybody should have the opportunity to experience. We’re happy to introduce the feature and excited to see its impact on how the world goes boating.”.

This is of course good news for boat owners too, who can lighten the coast of their upkeeping by renting out their beloved fleet.

Motorboat & Yachting: Athens-based RIB Cruises has claimed that the Greek charter market is moving back towards business as usual after the recent economic woes. 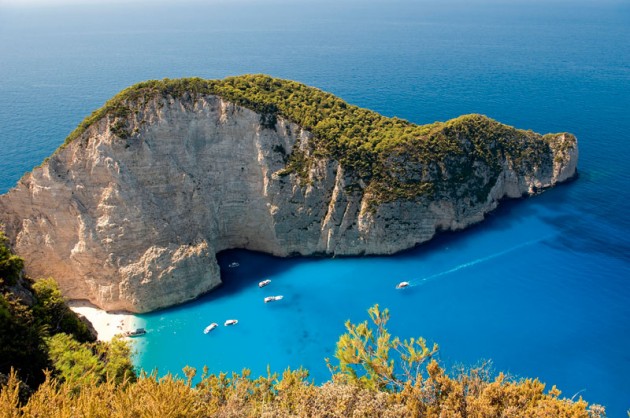 The financial crisis in Greece has been one of the big economic stories of 2015 so far, but it seems that the Greek charter market has come out of it relatively unscathed.

Speaking after a turbulent month for the Greek economy, Takis Marinos, general manager at Athens-based firm Rib Cruises, claimed that the situation is returning to business as usual.

“All tourist services are working as nothing happened,” he said. “Our main concern was to secure fuel supplies to maintain our fleet. We worked on a widespread network of gas stations all over Greece so clients could refill at different islands.”

Takis, who operates a fleet of 46 Greek charter RIBs from 8-14m, added that while there was a rush to withdraw funds from ATM machines before the banks closed on June 28, the mood remained optimistic.

“The ATMs were crowded, like a popular night club, but people were laughing and smiling to each other. “Our history and tradition has made Greeks famous for our hospitality,” he added. “Nothing could change our character.”

New boats threatened
However, the outlook may not be as rosy for the boat manufacturing industry within Greece, which is threatened by rising taxes and further austerity measures.

George Kranitis, head of the Greek Boat Builders Association, recently told the Associated Press that a rise to 13% VAT on new luxury yachts could sound the “death knell” for the industry. “We’re being destroyed,” he said. “I can’t understand what these people in government are thinking.”

Another key factor behind this is the rising tax on buying used boats, which has more than doubled from 10% to 23% in recent years.

Motorboat & Yachting: The local tourist board has reported a 5% rise in British boaters taking a Croatia charter holiday since 2013 with Baška Voda is one of Croatia’s more popular ports. 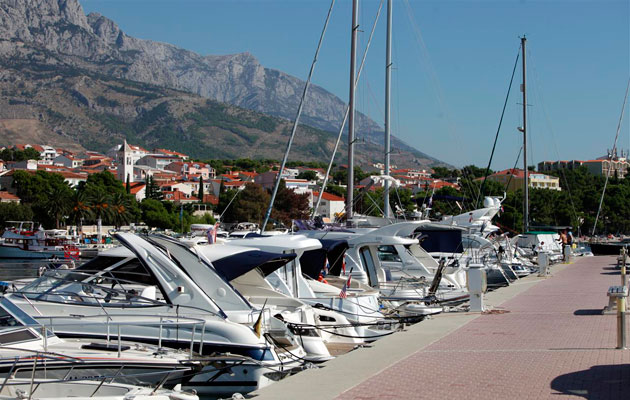 Croatia charter holidays are becoming an increasingly popular option for British boaters, according to the latest figures from the local tourist board.

The Croatian National Tourist Board reports that there has been a 5% rise in British visitors chartering a boat in the Balkan state since 2013. A grand total of 15,000 people took a Croatia charter holiday in 2014, the tourist board adds.

Croatia boasts Europe’s sixth longest coastline with more than 1,500 gulfs and ports, many of which are very well protected from the Adriatic sea swell.

Popular destinations include the islands around Kvarner, the city of Dubrovnik and the South Dalmatian coastline.

MBY’s Chantal Borciani chartered a Prestige 46 Fly in Croatia in 2010 and was effusive in her praise:

“Croatia is truly unique, full of exotically named ports, deserted bays and wild, engaging coastline,” she wrote at the time. But Croatia’s boating industry is not just restricted to tourism, with local manufacturers including Elan Yachts, Mirakul and SAS Vector.

What’s more, around 14,000 boaters head to Croatia each October for the annual Biograd Boat Show, which has been running since 1998.

Motorboat & Yachting: More than 1,000 vessels are currently operating illegal bareboat charter in the Balearics, according to Palma charter commission APEAM. Bareboat charter customers are urged to stick with legitimate vessels, such as this Chris-Craft 28 from easyboats. 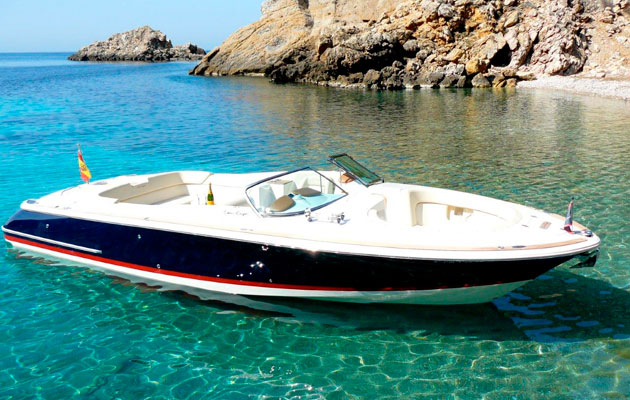 Holidaymakers considering taking out a bareboat charter in the Balearics this summer should beware of illegal practitioners, according to a local charter commission.

Although illegitimate operators are cheaper, they are far less likely to have the insurance to protect customers in the event of a serious accident and often lack the necessary safety equipment, claims Lorenzo Vila, director of local charter company easyboats.

“Personally I am delighted that APEAM has brought this scandal to attention – and it must be addressed,” he said.

“These unethical operators pay no tax, no licence fees, have no specialist safety equipment and take cash payments in order to stay under the radar.

“Customers focus on the money they save, rather than the protection they lose,” Lorenzo adds. “It’s a serious matter.”

Proposed solutions to the problem include increased police controls at marinas and heavy fines for skippers of illegal bareboat charter vessels.

Easyboats has a wide range of legitimate charter boats, including a Chris-Craft 28 (pictured above), Riva Rivale 52 and Monte Fino 78.
Read more at http://www.mby.com/news/palma-commission-exposes-illegal-bareboat-charter-47386#vzSTFCj5hBXd6cAg.99