Yachting Boating World: Confusion over the yacht’s position meant the Margate RNLI lifeboat and other boats searched well into the night for the vessel and its solo skipper. 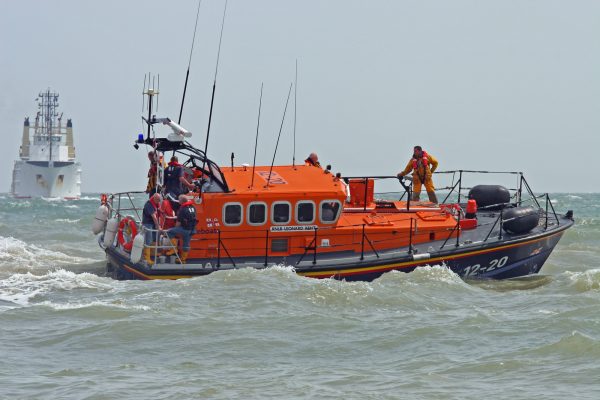 The skipper made a Mayday distress call at around 3pm on 5 July after his yacht suffered engine failure off Margate. The town’s all-weather lifeboat was tasked to search for the vessel.

The yacht’s initial position was given as the Queens Channel, around four miles north of the seaside town. However, no sign of the vessel was found.

A second estimation then assessed the yacht to be some 22 miles north of Margate.

But, despite the yacht’s skipper firing two distress flares, neither the lifeboat nor the other boats which had joined the search were able to locate the vessel.

The yacht was eventually located by a windfarm support vessel. Its crew spotted the yacht in shallow water close to Margate Sands, around three miles north-west of the seaside town.

The Margate inshore lifeboat was then launched to pick up the solo skipper and bring him to shore. He was checked over by South East Coast Ambulance Service before being taken to a local hotel for the night.

The yacht was by now aground on a falling tide so the all-weather lifeboat remained on scene. It towed the vessel clear on the rising tide just before midnight.

After checking the yacht’s seaworthiness, the lifeboat then towed the vessel to the safety of Ramsgate Harbour to be reunited with its owner. Both lifeboats returned to station by 04.45.

The Margate lifeboat deputy launching authority, Ian Lowe, said: “This was a long service call for the volunteer crew and its complexity reinforces the need for both an all-weather and inshore lifeboat at Margate.”