Yachting Boating World: GetMyBoat now has 58,000 boats for rent in 169 countries. See the celebrity yachts it has on its books which are available for rent – you only have to worry about finding the cash! 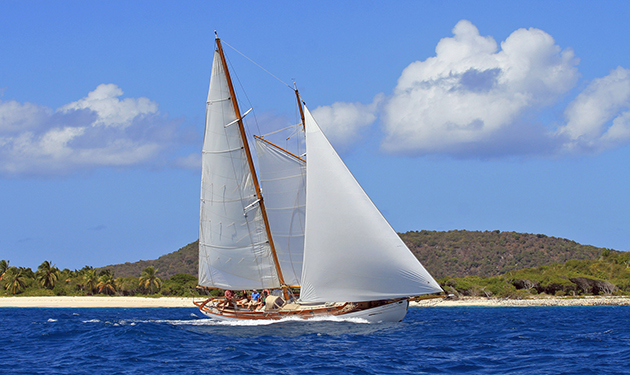 GetMyBoat is now one of the largest boat rental and on-the-water-adventure marketplaces in the world.

Since it started in January 2013, the company has rented tens of thousands of boats for holidays and special occasions including photoshoots, birthdays and even burials at sea.

GetMyBoat aims to let owners of every type of boat, from kayaks to sailboats to motorboats, to post, free, their watercraft for rent or charter for free.

It also offers its own rental insurance programme to make sure owners and renters are covered. Check out the celebrity yachts on its books.

It’s undoubtable that AirBnB has changed the way people book accommodation when travelling, and the same concept has now been launched for yachts and boats.
The clever people at GetMyBoat, the biggest boat and yacht rental on the market, have come up with an ingenious idea.

Its new feature SleepAboard is a very similar concept to AirBnB, where owners can rent out their homes, or in this case their watercraft.
“Sleep Aboard is a boat-and-breakfast-type experience where travelers can stay aboard owners’ boats without leaving the dock.”, states the company’s press release.

GetMyBoat already has around 35,000 vessels in 143 countries on their books and Sleep Aboard has already proved popular in the US and Europe.

Prices for a one day stay range from $200 to $4,000, depending on the craft. Most owners don’t allow renters to take the boat out but some provide excursions at an additional coast.

“There are boating bed and breakfasts in Newport, Miami, and San Francisco; houseboats on landlocked lakes where people want to stop and enjoy some fresh air. In Amsterdam, houseboats are popular, while in the United Kingdom, canal boats are the norm.”, said GetMyBoat CIO Bryan Petro in a statement.

“We are committed to growing boating worldwide at GetMyBoat. Sleep Aboard is yet another way to reach new boaters and ensure the growth of an activity everybody should have the opportunity to experience. We’re happy to introduce the feature and excited to see its impact on how the world goes boating,” he said.

This is of course good news for boat owners too, who can lighten the coast of their upkeeping by renting out their beloved fleet.

Motorboat & Yachting: The organisers of the London Boat Show have received a major boost, after Princess Yachts signed on for 2016 and 2017.

After a busy opening weekend, which saw thousands of visitors flock to the 2015 CWM FX London Boat Show, the organisers have been handed a timely boost from Princess Yachts.

The Plymouth-based manufacturer has announced that it will be returning for both the 2016 and the 2017 London Boat Shows.

Chris Gates, managing director of Princess Yachts International, said: “The decision to commit to these dates signifies the importance that the London Boat Show still plays in the annual sales strategy of the business.

“The show’s status as a key sales platform cannot be argued,” he added.

The Princess Yachts exhibition on stand E430 includes ten models, ranging in size from the entry-level V39 to the Princess 88.

Arguably the most remarkable model is the Princess 68, which was only launched last September at the 2014 PSP Southampton Boat Show.

News of Princess Yachts’ continued commitment to the London Boat Show will come as a huge boost to organisers National Boat Shows, who have already confirmed that Fairline Boats will be exhibiting at the 2016 event.

Held at ExCeL, London, the event saw Island Sailing Club Commodore John Dudley announce that the title sponsorship of the Round the Island (RTI) Race will continue to reside with J.P. Morgan Asset Management for a further two-year period up to and including 2016.

The announcement took place at stand G280, which exhibits the very boat which broke the Race Multihull record last year.

In addition to the race sponsorship continuation, J.P. Morgan announced their commitment to the sport of sailing by title sponsoring Sir Ben and his team BAR in the Extreme Sailing Series 2014.

The first race of the global series will be held in Singapore. The BAR team will include Olympic gold medallist Laser sailor Paul Goodison as tactician and on the main sheet, and Matt ‘Catflap’ Cornwall as bowman.

Sir Ben admitted that trying to break the RTI multihull record on 21 June would be a tough challenge and said that he was waiting to see the forecast before he decided which boat to use on the day – the AC45 or the smaller Extreme Sailing Series multihull.

He thanked the public saying: ‘We really do appreciate all the support. It was amazing to come back from the America’s Cup and see how many people had watched and supported it.’

Sir Ben said a British America’s Cup win was a part of maritime history that was missing. He said: ‘The America’s Cup started here in 1851 around the Isle of Wight, the American’s won it and we haven’t seen the cup back here since – it’s about time we turned that around.’

He added: ‘There’s a lot of passion for sailing in the UK, and a lot of talent in terms of British sailing designers, sailors and engineers. We’ve got the expertise, it’s about pulling the right people together to create a winning team.’

At 3pm, Princess Anne will be officially naming the Drascombe Longboat ‘Penny Wake’ and at 3.35pm she will present the Royal Yachting Association (RYA) Yachtsmaster of the Year award.

The London Boat Show, which celebrates its 60th anniversary this year, runs until Sunday, 12 January. Find out more at www.londonboatshow.com