Motorboat & Yachting: The first New York marina to open in 20 years will be throwing open its doors on 1 May 2016. 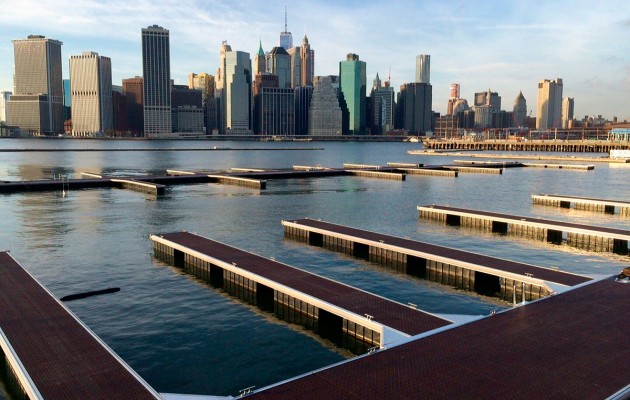 The first New York marina to be opened in more than 20 years is due to welcome its first visitors next month.

The first month will see sailors from the 2016 Transat race arrive into the marina on May 9, following a seven-day sailing race across the Atlantic from Plymouth.

The eight-acre site cost around $28million (£20million) to develop and is part of a major shorefront investment by the Brooklyn Bridge Park Corporation.

The 12ft-wide aluminium-framed pontoons are held in place by the Seaflex anchoring system, to help mitigate against the extreme North Atlantic weather that New York can be subjected to.

Founded by long-time Brooklyn resident Tim O’Brien, the new marina is majority-owned by SUTL Group, which runs One15 Marina Club in Singapore.

“We truly believe we have built something very special that will be there for the community for decades to come,” Mr O’Brien said.

As well as providing berthing and private charters, One15 Brooklyn will be used to run various youth community programmes to help get young people from the local area into boating.