Motorboat & Yachting: The Cayman authorities are considering prosecuting Microsoft co-founder Paul Allen for coral reef damages after his superyacht Tatoosh was linked to extensive reef damage in the Caribbean. 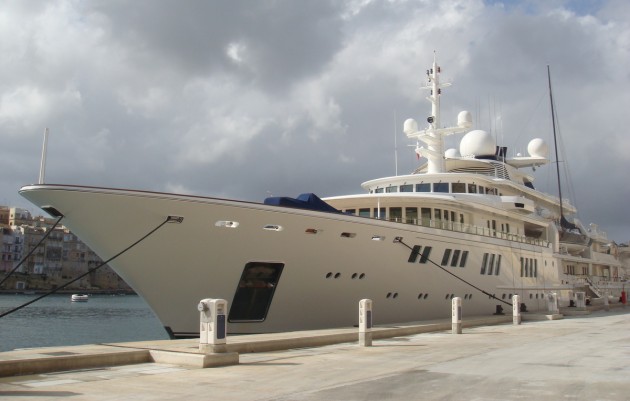 Microsoft co-founder Paul Allen could find himself in trouble with the authorities of the Cayman Islands, who are investigating coral reef damage done to a 14,000ft2 stretch.

Paul Allen’s 303ft superyacht Tatoosh has been anchored close to the Doc Poulson wreck and The Knife dive site when this coral reef damage occurred.

The local Department of Environment told the Cayman News Service that more than 80% of the coral in this specific area had been damaged by the superyacht’s anchor chain.

A spokesperson has also told the local news: “In addition to assessing the damage and determining the cause of this incident, we are also paying close attention to lessons learned so that we can more effectively prevent these accidents while still hosting visiting yachts.”

However, a statement from Paul Allen’s communications team suggests that he is not taking responsibility and argues that his crew were simply following orders from the local port authority when choosing this anchorage.

It seems that prevailing winds required the superyacht to change its position and the crew took evasive actions to avoid any further damage.

Paul Allen’s superyacht, Tatoosh was launched in June 2000 by German boatyard Nobiskrug and was purchased in 2001 for a reported price of $100million.