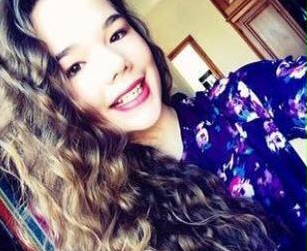 The 14-year-old, who police have named as Emily Gardner, was trapped underneath the small vessel after it capsized with three other people on board.

The coastguard and police were alerted to the incident at around 12pm, with lifeboats, a helicopter and specialist dive teams all attending the scene.

RNLI crews were able to release Emily from the 16ft speedboat before taking her ashore and handing her into the care of waiting paramedics.

She was taken to Torbay Hospital by ambulance in a critical condition but was sadly pronounced dead a short time later.

Her family have since made a tribute to her, saying: “Our beautiful Emily was a caring, loving, gentle daughter and sister. She was full of life and had the world ahead of her. She was our diamond, now shining bright in the sky.

“She will be missed and forever in our hearts.”

A 50-year-old man and two of Emily’s school friends were also on board the boat when it capsized and were taken ashore by jet skis before lifeboat crews arrived. All three were taken to hospital by ambulance with minor injuries and have since been discharged.

The 16ft speedboat, which was believed to be privately owned, has been recovered and taken to police premises for examinatio, along with the jet skis.

A joint investigation is now underway between local police and the Marine Accident Investigation Branch.

Detective Sergeant Andy Turner said: “Our thoughts are with the family and friends who are affected by this tragic incident. I would like to thank the public and the emergency services for their assistance in getting the casualties to hospital swiftly. Enquiries are ongoing and we are keen to speak to any witnesses who have not already come forward.”
See article at Yachting Boating World – Click here

Posted in: Accident, Marina, On the water, Safety Tagged: speedboat accident in Brixham