200
swing
Main Menu
You are here: Home » On the water » What will happen to cross-Channel sailing if the UK leaves the EU?

What will happen to cross-Channel sailing if the UK leaves the EU?

Practical Boat Owner: With public opinion closely divided ahead of the ‘Brexit’ referendum on whether or not the United Kingdom should remain part of the European Union, we look at what it could mean for recreational boating. 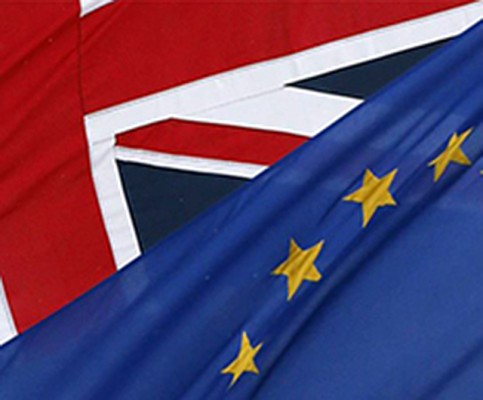 A referendum is being held on Thursday, 23 June to decide whether Britain should leave or remain in the European Union (EU).

With latest polls suggesting public opinion is closely divided on Brexit (the potential ‘British exit’ from the EU), we discuss with the Royal Yachting Association (RYA) what it could mean for recreational boating.

If the United Kingdom left the EU, would it ensure the continued availability of red diesel for the leisure boating community? Or a return of the two-hour wait on your boat for customs officials when returning from France?

Gus Lewis, legal and Government affairs, spokesman for the RYA, told PBO: ‘The short answer is nobody can possibly know.

‘There seems to be a view in some quarters that if the UK votes to leave the EU on 23rd June then somehow everything will change on 24th June but the EU Treaty itself anticipates a two-year timeframe for exit and the eventual withdrawal agreement requires the approval of the European Council and the European Parliament. Some say it could take at least 10 years for the Government to negotiate the terms of the UK’s future relationship with the EU.

‘Nobody can possibly know for certain what will happen if the UK decides to leave. The UK would have to start negotiations with the rest of the EU about what it would like its relationship with the EU to be. While various politicians are expressing a view as to what they might like to see happen following a UK vote to leave, there is no certainty at all that any of it will be achieved in practice. Other EU member states might be hostile to the UK as a consequence of its decision to leave and might not be willing to grant the UK the concessions it wants. Equally, those politicians might be right!’

Gus added: ‘The UK’s relationship with the rest of the EU has built up over 40 years. The way that the UK was before it joined the European Community offers very little insight into how the UK might be in a few years’ time if it were to leave the EU.

Gus said: ‘It’s possible that more rigorous border controls could be introduced, such as a return to the Customs formalities of pre-1993, or it could be that allowing the free movement of individuals is a condition of maintaining access to the single market. There are various existing models for a future relationship for the EU (e.g. Canada, Norway, Switzerland or Turkey) but each of these was negotiated individually with the EU.’

He added: ‘It is also worth bearing in mind that there are many aspects of recreational boating that are not currently subject to EU intervention at all. A lot of maritime law is still the preserve of national governments or international conventions facilitated by the United Nations.’

A PBO reader asked whether leaving the EU would mean sailors requiring French certificates of competence to sail in French waters.

Gus said: ‘The requirement for qualifications when you go overseas is generally specified in national legislation, nothing to do with the EU.

What is the process if the UK votes to leave the EU?

Article 50 of the Treaty on European Union provides a mechanism for the voluntary and unilateral withdrawal of a country from the EU.

An EU country wishing to withdraw must notify the European Council of its intention to do so. The council is then required to provide guidelines for the conclusion of an agreement setting out the arrangements for that country’s withdrawal.

This agreement would be negotiated by the EU with the departing country, taking into account the framework for the country’s future relationship with the EU. The agreement is concluded on behalf of the EU by the Council, having obtained the European Parliament’s consent.

The EU treaties cease to apply to the country in question from the date of entry into force of the agreement, or within two years of the notification of the withdrawal. The Council may also decide to extend that period.

In other words, a significant period of time would elapse between the electorate voting to leave the EU, should it choose to do so, and the UK’s eventual exit from the EU.

What is the RYA doing?

Should the UK vote to leave the EU then the RYA would, of course, engage with the relevant Government departments in an effort to minimise any impact on recreational boaters.

For as long as UK boaters wish to voyage across the Channel, the Irish Sea or the North Sea (whether or not there is an EU and whether or not the UK is a part of it) the RYA has an important role to play in lobbying European institutions to ensure that boaters may do so with the minimum of regulatory interference.

It’s worth noting in this context that the European Boating Association is a Europe-wide (not an EU-wide) organisation, as is the UN Economic Commission for Europe (which created the ICC), so the RYA involvement in organisations such as these would not be impacted by whatever decision the UK makes on its membership of the EU.

Gus concluded: ‘The outcome of the referendum will shape the future of the UK and its people, for better or for worse, and the public debate is likely to range across many aspects of British life. The focus for the RYA, however, is to make sure that whatever the UK’s relationship with Europe our ability to enjoy our boating is as unfettered as possible.’

Posted in: On the water Tagged: Brexit