Widow of murdered yachtsman concerned to wait for justice

Yachting & Boating World: Sailor Roger Pratt was murdered onboard his yacht in St Lucia earlier this year. The widow of yachtsman Roger Pratt is concerned she could have to wait up to five years before the four men accused of his murder go on trial. 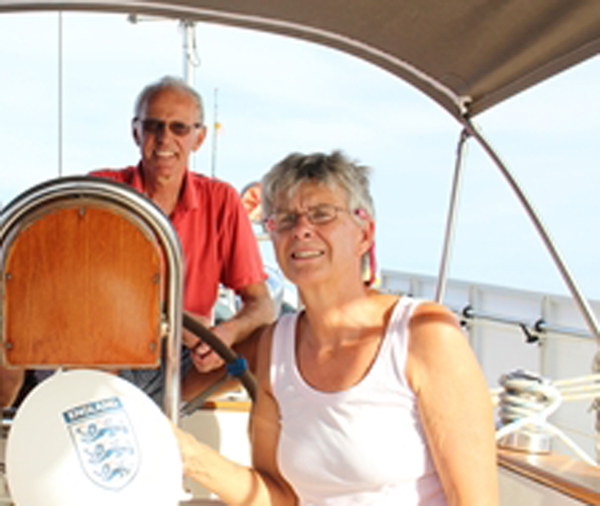 Yachting & Boating World: Widow of murdered yachtsman concerned she could wait up to five years for justice

In an interview with the Telegraph, Margaret Pratt, 60, describes how she’s become increasingly frustrated with the “delays in the judicial process” in St Lucia, despite an “impressive” response to the case initially.

Mrs Pratt and her 62-year-old husband had been moored in the commercial port of Vieux Fort when intruders attacked them on board their 41ft yacht Magnetic Attraction in January.

Mr Pratt died trying to defend his wife and Mrs Pratt was later treated in hospital for cuts and bruises following the incident. Speaking earlier this week, she said: “Initially it was very impressive, the Royal St Lucia Police really put a lot of effort into getting evidence and preparing the case.

In a statement, the Office of the Director of Public Prosecutions (DPP) denied that the legal process had “stalled” but did admit that they were dealing with a “backlog” of cases.

“While I understand Mrs Pratt’s frustration, one has to get an understanding of how the criminal justice system works and take into account the available resources,” they said. “The office of the DPP has the responsibility to prosecute criminal cases before the courts. Currently there is a total of over 2,000 cases in the high court and these cases are dealt with according to antiquity.

“The fact is that the criminal justice system does not have the resources (judges, prosecutors, physical resources and support services) to handle this volume of cases expeditiously and so there is a backlog.”

Since the death of Mr Pratt in January, the four men charged with his murder have appeared in court for a number of pretrial hearings and are due to attend a hearing today (31 October) regarding robbery charges.

The defendants were committed for trial over the murder charges on 17 October and the matter was adjourned to 6 February 2015 for the crown to report on the indictment.
A trial date is yet to be set.