Motorboat & Yachting: Princess Yachts are cutting 172 job, down from the company’s original estimate of 350 workers because of the restructuring. 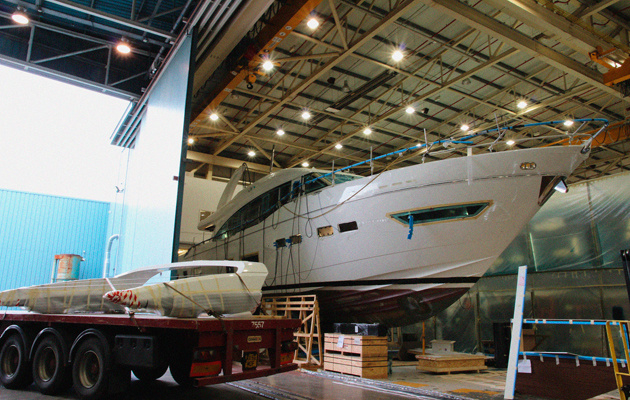 Princess Yachts has confirmed that 172 workers have lost their jobs as a result of the recent restructuring at the yard in Plymouth.

It was announced in January that Princess estimated that 350 jobs could be lost.

“Thanks to positive engagement with the workforce and trade union representatives, and a number of employees seeking voluntary severance, the company has been able to minimise the impact of redundancies”, said a spokesperson of the company to the Plymouth Herald.

Meanwhile Workers’ Union Unite, Dave Springbett told the BBC News: “The fact the union and management together have managed to protect the number of compulsory redundancies by a big margin is good news, but that shouldn’t take away from the drastic effect it’s going to have on some workers.”

Princess Yachts are one of the biggest employers in the South West, employs more than 2,000 people in Plymouth and the company recently established an out-placement service to help the 172 former employees find new jobs.