Motorboat & Yachting: The Princess Yachts fraud trial has got underway at Plymouth Crown Court, with former facilities manager Glyn Thompson in the dock. 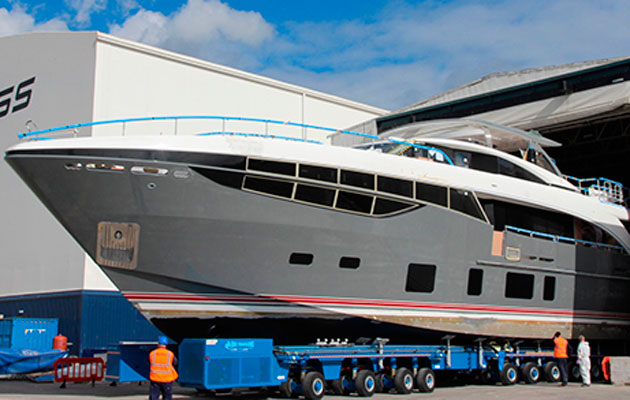 The former facilities manager of Princess Yachts has gone on trial at Plymouth Crown Court for defrauding the firm out of more than £1million.

He set up the firm with Darren Tallon, 43 of Plympton, who is also on trial for fraud, the Plymouth Herald reports.

The trial, which began last week, is expected to run until January 2016, but Princess Yachts managing director Chris Gates has already taken the stand to give evidence.

He told the court that Mr Thompson was a “very good manipulator” and admitted that the firm did not apply due diligence when signing off on the contracts he recommended.

Mr Thompson was appointed as facilities manager by Princess Yachts in 2009 after his construction business went bust.

Prosecutor Andrew Maitland claimed in his opening statement that the defendant advised Mr Gates to set a maximum spending limit for work on the South Yard of Devonport Dockyard.

However, when sub-contractors supplied a much lower quote for the job, Construction Solutions South West would “pocket the difference”, the court heard.

It is alleged that the company profited by more than £100,000 from two major projects, as well as many smaller deals between 2010 and 2013. In some cases this amounted to a “50% mark-up”, the prosecution added.

The conspiracy was only uncovered when an innocent supplier tipped off Ian Duffin, former Finance Director of Princess Yachts, via e-mail in July 2013, triggering a police investigation.

Mr Duffin, who has also given evidence, told the court: “There was a huge level of trust between the members of the management team. We respected each other.”