Giles Scott set for gold in the Finn class 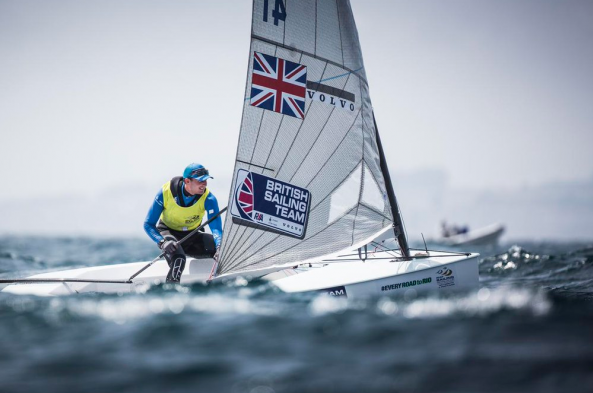 With a 24-point lead over his nearest rival, Giles Scott cannot be knocked off the top spot in the Finn class.

The four-time world champion’s eighth and a second in the last two outings of his qualifying series gives him an unassailable lead going into the medal race on 16 August.

Scott, 29, said reaching this stage has been emotional.

“I know what it meant to me because of the way it made me feel towards the latter stages of that final race. I just found myself welling up, getting tingles as it slowly dawned on me what I had done,” he said.

“I wouldn’t put myself down as the emotional sort but I had a little cry to myself, which I’d like to think I don’t do that often. Just the emotions that kind of end up coming out of you in that situation, you can’t really prepare yourself for. It was amazing,” he continued.

“If you had have asked me would I have won the Olympic Games before the medal race in Rio, I would have said absolutely not just because of the venue it is,” noted Scott.

“But the racing we have had this week; I have managed to sail more consistently than everybody else at the top of the fleet. It has just landed me in this brilliant situation where I’ve got the points gap I need before the medal race and it’s such a privileged situation to be in,” he said.